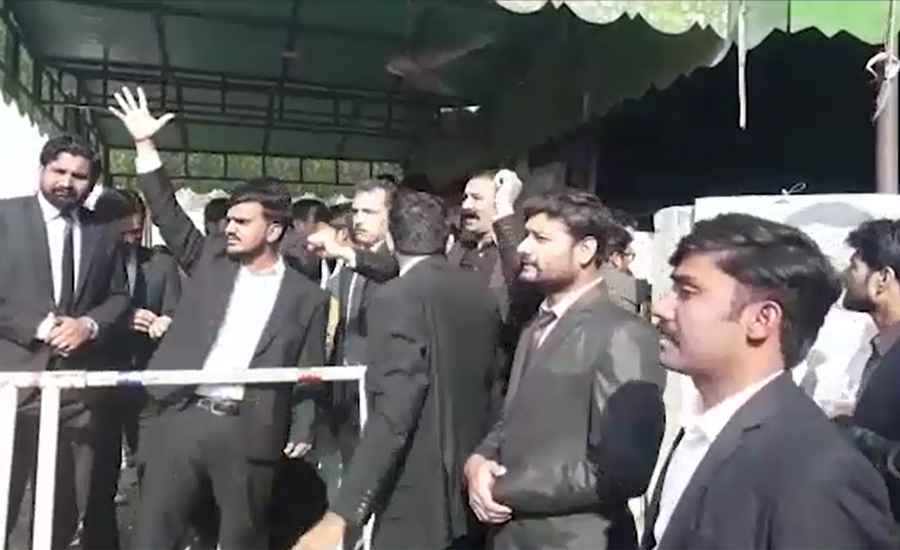 FAISALABAD (92 News) – Lawyers continued their protest for the second day to press for the establishment of Lahore High Court regional benches on Thursday. Owing to the protest, judges returned to the retiring rooms from courts. A heavy contingent of police has been deployed to thwart any untoward incident. Lawyers also protested for their demands in Gujranwala and Sargodha. Owing to the protest, cases were delayed in courts. People faced numerous problems due to the ongoing protest.