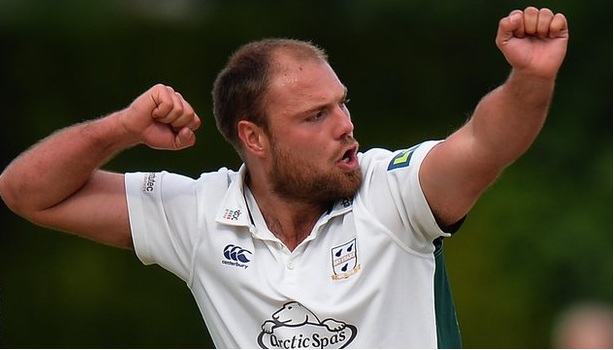 LONDON - Worcestershire bowler Joe Leach claimed a hat-trick with the first three balls of his side's Royal London One-Day Cup match against Northamptonshire on Sunday. Leach had Richard Levi and Rob Keogh caught behind by Ben Cox with the opening two balls of the match before Ben Duckett was pouched by Jack Shantry to prompt scenes of mass shock and hysteria within the Worcestershire team. Sri Lanka seamer Chaminda Vaas also achieved the feat in a World Cup match against Bangladesh in 2003 and added a further scalp with the fifth ball of the match en route to a four-wicket opening over. -Reuters