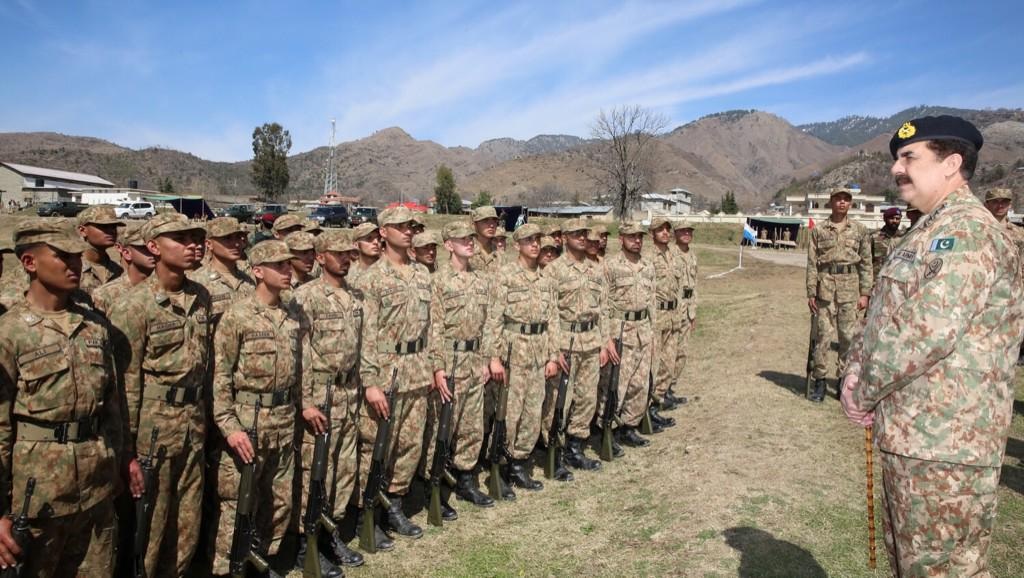 RAWALPINDI: Chief of Army Staff General Raheel Sharif on Tuesday appreciated the role of the leadership in operations, saying that tradition of leading from front will lead us to elimination of terrorism, fight other challenges. According to Director General Inter Services Public Relations (ISPR) Major General Asim Bajwa, the army chief visited the Pakistan Military Academy (PMA), Kakul, and addressed the cadets in training. COAS Raheel Sharif termed Kakul a premier institution and cradle of leadership. He advised young officers to instill in themselves character, courage and competence. He told the cadets to prepare well and never shy from difficult challenges. General Raheel assured them that with nation’s support, they will bring will peace and security in the country.