At least 16 dead as migrant boat sinks off Greek island 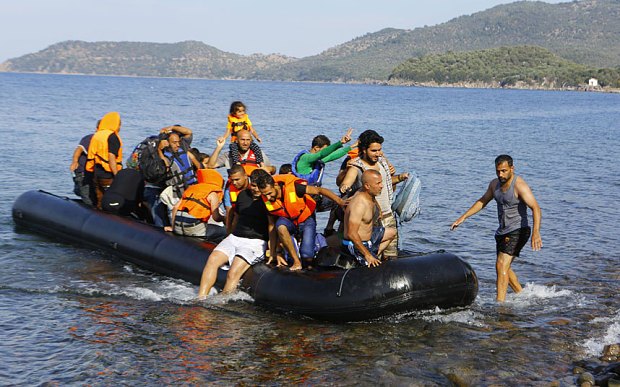 At least 16 dead as migrant boat sinks off Greek island

ATHENS (Reuters) - Sixteen people, including at least five children, drowned on Saturday when the small boat they on capsized in the Aegean Sea, Greek coast guard officials said.

The incident occurred off Greece’s Agathonisi island, which is close to the Turkish coast. The nationality of the victims was not immediately known.

Saturday’s incident was thought to be the highest death toll of migrants trying to reach outlying Greek islands for months.

Greek authorities said they believed there were 22 people on the boat. Greek coast guard vessels assisted by helicopters were searching for survivors.

“We can’t tolerate (losing) children in the Aegean Sea ... the solution is to protect people, to implement safe procedures and safe routes for migrants and refugees, to hit the human trafficking circuits,” Greek migration minister Dimitris Vitsas said in a press release.

Hundreds of thousands of refugees and migrants arrived in Greece and further west in 2015 from Turkey, making the short but precarious crossing. Hundreds died in the attempt.

Following a 2016 agreement between the European Union and Turkey, the numbers have diminished.

Under that deal, anyone who arrives on Greek islands must be returned to Turkey unless they qualify for asylum. But procedures can take several months, leading to overcrowded conditions on the islands.

Two more migrants were killed and seven more were injured on Saturday, in a separate incident in northern Greece, when their driver lost control of a vehicle during a car chase with the police, a police official told Reuters.