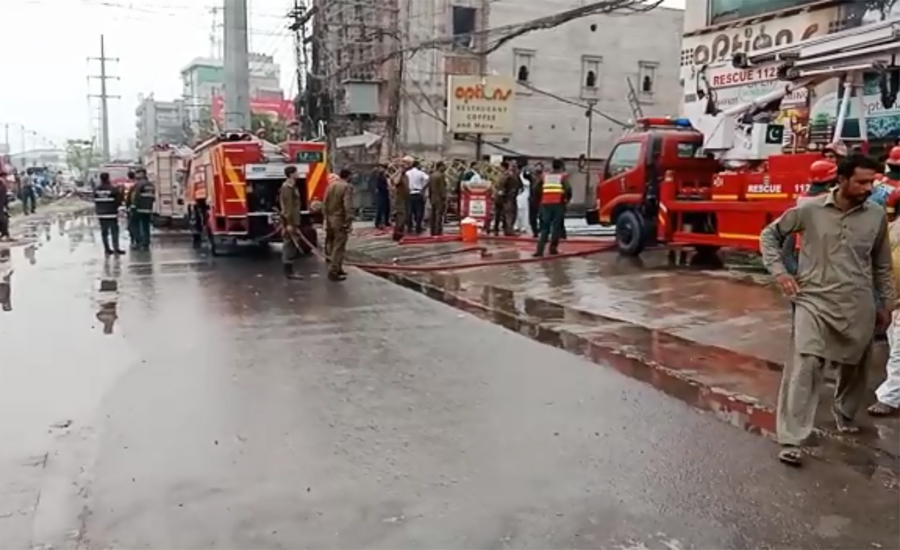 LAHORE (92 News) – At least five people died after a huge fire broke out in a bakery in the provincial capital’s Barkat Market area here on Tuesday. The fire, which erupted in a bakery located in Lahore’s Barkat Market area on the ground floor of the multi-storey building, spread to other floors within half-an-hour where dozens people were trapped. The fire, which started in the wee hours of Tuesday, affected the building. With fire brigade vehicles, the rescue teams made hectic efforts to extinguish the blaze and save the lives of several people. Rescue workers also pulled out several injured people from the building and shifted them to hospital where five of them succumbed to their wounds. Valuables worth millions of rupees were gutted in the fire. An electrical short circuit in the multi-storey building was the cause of the fire in the commercial building.