Left everything in stable, only responsible for our actions: Nawaz 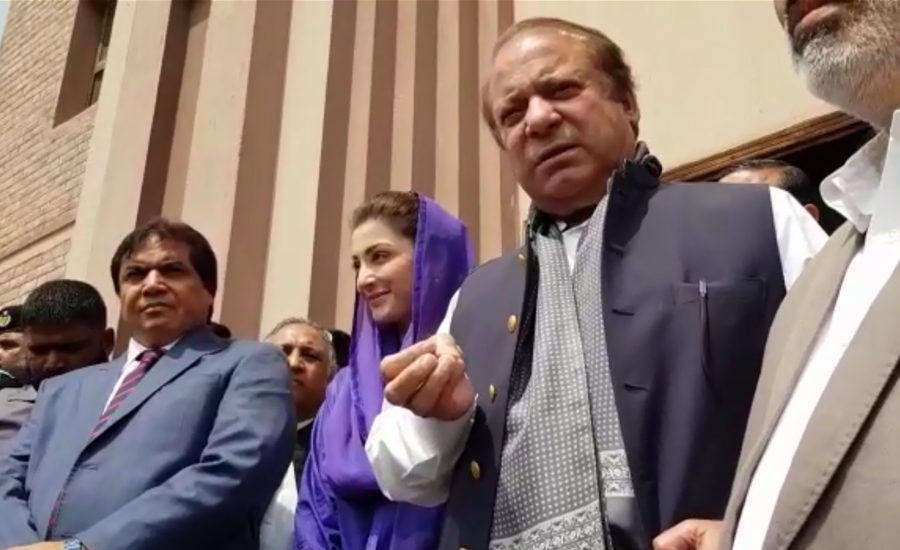 Left everything in stable, only responsible for our actions: Nawaz

ISLAMABAD (92 News) – Former prime minister Nawaz Sharif on Monday said that they had left everything in a stable state and were responsible only for their own actions. Talking to the journalists outside the National Accountability (NAB) court, Nawaz maintained that Shahid Khaqan Abbasi and Shehbaz Sharif had inaugurated several projects in the last days of the government. “There are 39 mega projects in federation and Punjab in which hospitals, colleges and universities are separate,” he said. Nawaz asked that had any other government initiated such projects and constructed motorway. When a journalist asked question that Imran Khan said that motorway was not a very significant project. He responded that Imran Khan himself has done nothing. “Kachhi canal project was a historical project. Lowari tunnel used to shut down in winters. I would have taken you to witness it if I wasn’t stuck at NAB court,” said Nawaz. “The 24-hour travelling from Lowari tunnel has been reduced to only 12-hour. Earlier, people used to remain stranded in Lowari tunnel,” he added. Responding to Lahore High Court (LHC) verdict in a case challenging the changes in nomination papers, Nawaz questioned, “How can a single bench suspend the decision of parliament?” To a question, recurrent and prolonged power outages, he said that they had left everything in a stable state and are responsible only for our own actions. "We had left enough electricity," Maryam Nawaz responded.