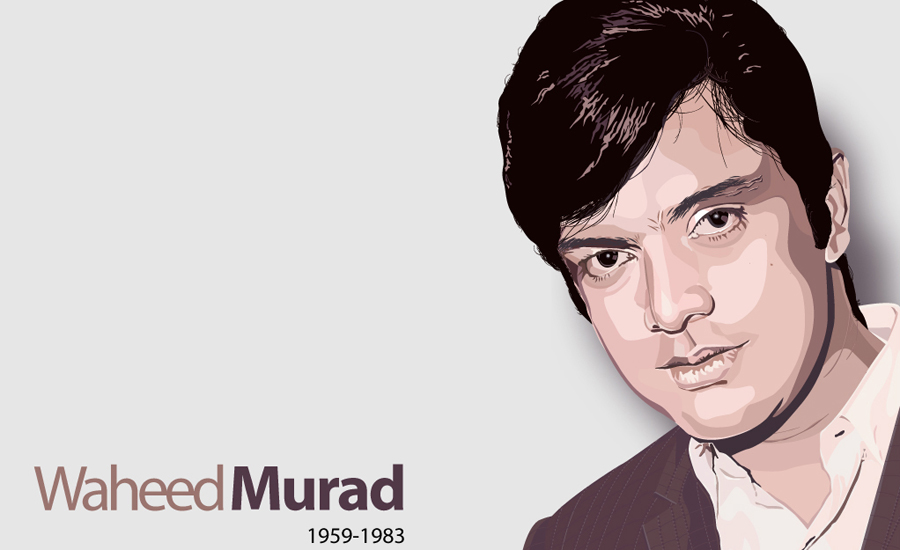 ISLAMABAD (92 News) – The 34th death anniversary of legendary film star Waheed Murad is being observed today (Thursday). Waheed Murad was a Pakistani film actor, producer and script writer, famous for his attractive personality and unusual talent for acting. He is considered as one of the most famous and influential actors of South Asia. He is often referred to as “Chocolate Hero”. Born in Karachi, he started his film career in 1959 when he was 21 years old. His bold romanticism and alluring performance made him popular. He started his film career from film "Aulaad” and performed as a hero in scores of films. Many of his films hit the box-office after celebrating silver and golden jubilees. One of his films is Armaan, which was produced by him, made a pivotal impact on the sub-continental film industry such that the Pakistani film industry was considered as the rising star and the film made him a superstar overnight. He produced films like Insaan badalta hai, Armaan, Ehsaan, Naseeb Apna Apna and Mastana mahi. However, after Mastana Mahi he produced no film except Hero which was produced in the 1980s and was released after his death.