Lenders wait for Bank of England view on capital, details of tests 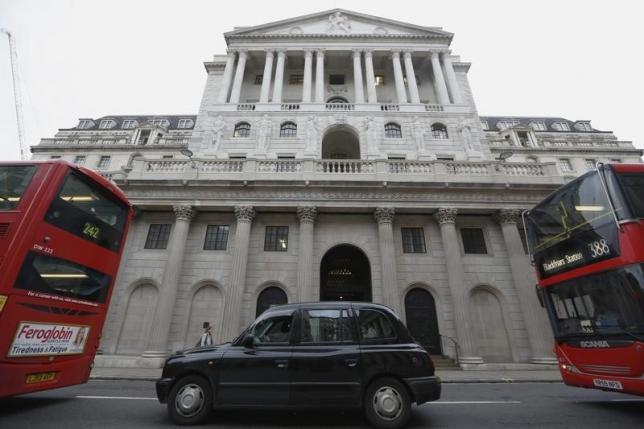 Lenders wait for Bank of England view on capital, details of tests

LONDON - British banks will find out on Tuesday if the Bank of England wants them to start building up extra capital buffers to guard against looser lending standards and prepare for this year's test of their crisis resilience. Barclays, HSBC, Royal Bank of Scotland and Lloyds Banking Group are some of the lenders subject to the BoE's 'stress tests', which in previous years have assessed if they could cope with a house price crash or an emerging market slump. These banks and other lenders may also have to set aside more funds if the central bank decides the time is right to raise the cyclical element of its capital framework, which rises and falls as the risk of imprudent lending changes over the course of a business cycle. Members of the central bank's Financial Policy Committee, who met this week, were split in December on whether it was time to raise the new counter-cyclical capital buffer banks must hold to 1 percent - its neutral level - from zero. Even if the buffer does rise, the immediate impact on how much extra capital banks have to hold is likely to be small, as most already hold more than the minimum amount of core capital. This new buffer sits on top of the minimum and is built up in good times to stop credit supply becoming too frothy, and tapped when the economy weakens and some loans turn sour. The FPC will announce its capital decision and the stress tests at 1000 GMT on Tuesday, in what is their last scheduled policy statement before Britain votes on June 23 on whether to leave the European Union. Economists say a departure would trigger shocks in markets. BoE policymakers from Governor Mark Carney to director of financial stability strategy Alex Brazier say the "job's almost done" in building capital levels, with banks within a "hair's breadth" of the right amount. The annual stress test is also moving from financial crisis era fire-fighting to becoming a tool to make sure banks have a sustainable business model and no weak points. One area of concern for the FPC is Britain's property investment market, and on Tuesday it is due to publish a report into buy-to-let mortgage underwriting standards. Britain's finance minister George Osborne told parliament on Thursday he was highly likely to give the FPC powers to intervene directly on buy-to-let, possibly as soon as this year, and the FPC could recommend banks take action sooner. Figures on Thursday showed that banks approved more buy-to-let mortgages in February as landlords sought to complete purchases before April, when stamp duty on such purchases increases. -Reuters