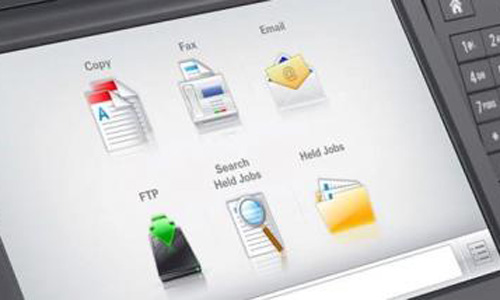 LEXINGTON - Lexmark International Inc, known for its printers, said it would buy Kofax Ltd in an about $1 billion deal that would double the size of its enterprise software business. Kofax shares were up 45.5 percent at $10.91 in extended trading on Tuesday, just shy of Lexmark's $11 per share cash offer. Lexmark shares rose 8 percent. PC and printer makers have struggled in the recent past as companies reduced printing to cut costs and consumers shifted to mobile devices from PCs. Hewlett-Packard Co plans to separate its computer and printer businesses from its corporate hardware and services operations this year. Xerox Corp has also increasingly focused on IT services to make up for the falling sales of its copiers and printers. Lexmark divested its inkjet printer business in 2013 and has since boosted its enterprise software business. The Kofax deal will help the company's Perceptive Software business achieve its revenue target of $500 million in 2016, Lexmark said. The business makes software to scan everything from spreadsheets to medical images and provides services to banking, healthcare, insurance and retail companies. It contributed about 8 percent to Lexmark's revenue in 2014 and has grown at more than 30 percent in the past two years. Kofax provides data services to the financial, insurance and healthcare companies such as Citigroup Inc, Metlife Inc and Humana Inc. Lexmark said it expects the deal to "significantly" expand operating margins in its enterprise software business, which would now be worth about $700 million. It will also add about 10 cents per share to the company's adjusted profit in 2015. Lexington, Kentucky-based Lexmark, which expects to close the deal in the second quarter of 2015, said it would suspend share repurchases until it pays off its short-term debt in 18-24 months. Goldman Sachs is the financial adviser to Lexmark, while Lazard is the financial adviser to Kofax. Lexmark reported $3.7 billion in adjusted revenue in 2014. Kofax, headquartered in Irvine, California, reported $297 million in adjusted revenue in the year ended June 2014. - REUTERS