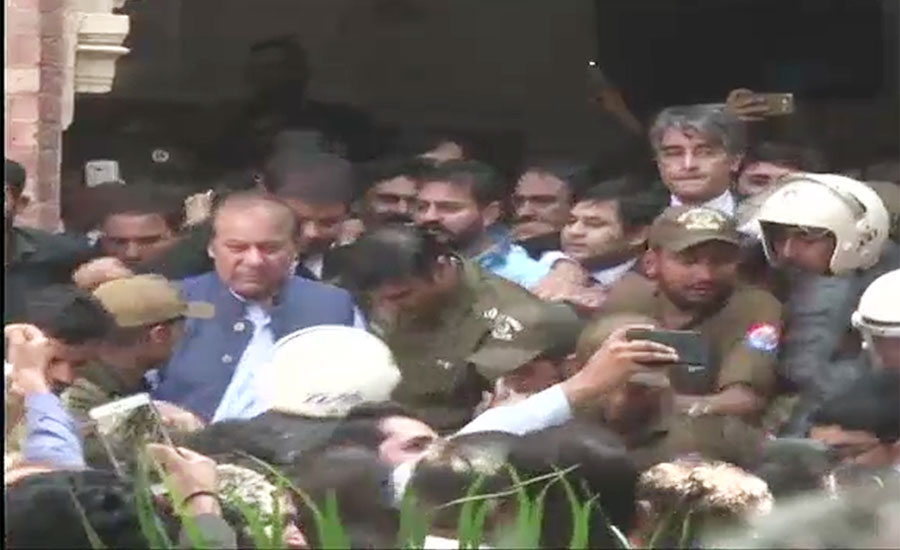 LAHORE (92 News) – The Lahore High Court (LHC) on Monday adjourned the hearing of high treason case against disqualified prime minister Nawaz Sharif and former prime minister Shahid Khaqan Abbasi till October 22. A three-member bench headed by Justice Mazhar Ali Naqvi heard the heard a petition seeking registration of a high treason case against Nawaz Sharif and Shahid Khaqan Abbasi. Nawaz Sharif and Shahid Khaqan Abbasi appeared before court in treason case over controversial interview. During the hearing, Justice Mazhar asked about the appearance of Nawaz Sharif and the hearing was not continued properly due to the chaos of large amount of people. The door glasses of the LHC were broken by the huge crowd of the PML-N workers and the lawyers. However, the court adjourned the case till October 22 and directed to withdraw non-bailable warrants for the arrest of journalist Cyril Almeida. The court has sought written response from federal government and councils of all concerned in the case. The three-member bench also ordered to remove the name of Cyril Almeida from exit control list. Security increased with heavy contingents of Rangers and police deployed outside the court. Several Pakistan Muslim League-N (PML-N) workers were also present outside the LHC premises and have been chanting slogans in favour of the former premiers. 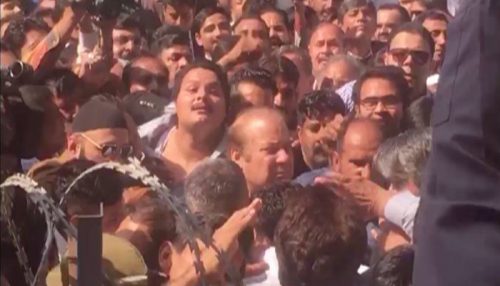 Petitioner Amina Malik through her counsel Azhar Siddique moved the petition, accusing Nawaz of trying to defame state institutions and Abbasi of not honouring his oath of office by disclosing to Nawaz the details of a National Security Council (NSC) meeting. In the previous hearing, the court had directed Nawaz Sharif to turn up on the next hearing. It issued non-bailable warrants for the arrest of journalist Cyril Almeida and ordered the authorities concerned to place his name on the exit control list (ECL). The bench directed former prime minister Shahid Khaqan Abbasi, who was in attendance in the court, to file an application for exemption from personal appearance before it. Earlier this year, deposed prime minister Nawaz Sharif sparked a controversy when he made a statement about the Mumbai attacks in an interview to Cyril Almeida.