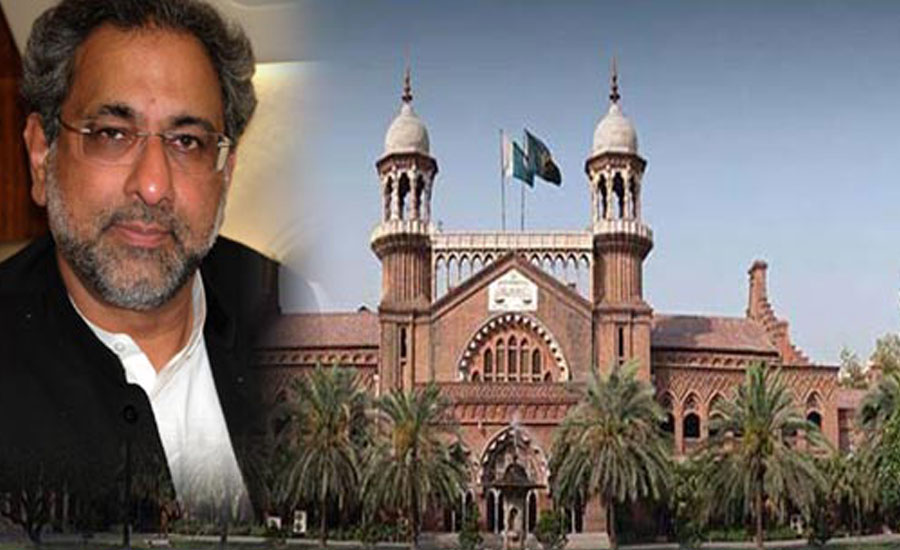 LAHORE (92 News) – The Lahore High Court (LHC) on Thursday allowed former prime minister Shahid Khaqan Abbasi to contest election from NA-57 Muree constituency as announcing null and void the verdict of appellate tribunal. As per details garnered, the LHC had overruled the appellate tribunal's decision, allowing Abbasi to contest General Election 2018 from his home constituency of NA-57, Murree. Tthe LHC has summoned has summoned today the returning officer (RO) of NA-57, Murree for the hearing of Shahid Khaqan Abbasi's petition against his disqualification verdict by an appellate tribunal. The LHC declared the tribunal's verdict about disqualification of the former PM's null and void. The court announced the verdict that Shahid Khaqan Abbasi is qualified to contest the election from his home constituency. Earlier, an election tribunal had found Abbasi guilty of concealment of facts, after it accepted objections raised by petitioner Masood Ahmed Abbasi against the PML-N leader's papers, including that of tampering with his nomination papers for his home constituency, NA-57 Murree. The former premier was then disqualified from contesting the upcoming polls. On Wednesday hearing, the court had inquired why Abbasi was making anti-judiciary speeches. "The court is not siding with anyone," an LHC judge observed. "When Supreme Court announced its verdict [to disqualify] Nawaz Sharif [from holding office], you said he was your prime minister. You are trying to destroy the system."