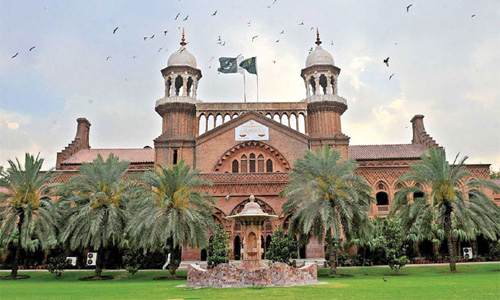 LAHORE (92 News) – The Lahore High Court (LHC) on Wednesday suspended a notification by the Election Commission of Pakistan (ECP) barring the members of parliament (MPs) from taking part in election campaigns of other electoral candidates. The LHC judge Justice Ayesha A Malik heard a plea submitted by the Pakistan Tehreek-e-Insaf (PTI) – which had moved the court when the ECP issued a notification barring parliamentarians from campaigning for other candidates. The plea was moved by lawyer Hamid Khan from PTI leader Shoaib Siddiqui and argued that the LHC had permitted the parliamentarians to take part in the campaign and this issue is also under discussion in the Supreme Court but the Election Commission issued new notification on September 16, barring lawmakers from campaigning for other candidates. Hamid Khan requested the court to declare the ECP’s notification null and void after which the court cancelled the notification and given permission to parliamentarians to take part in the by-election campaign for other candidates. Earlier, PTI Chairman Imran Khan had announced to take part in the electoral drive for his party's candidates for by-polls in the NA-122 and NA-154 constituencies.