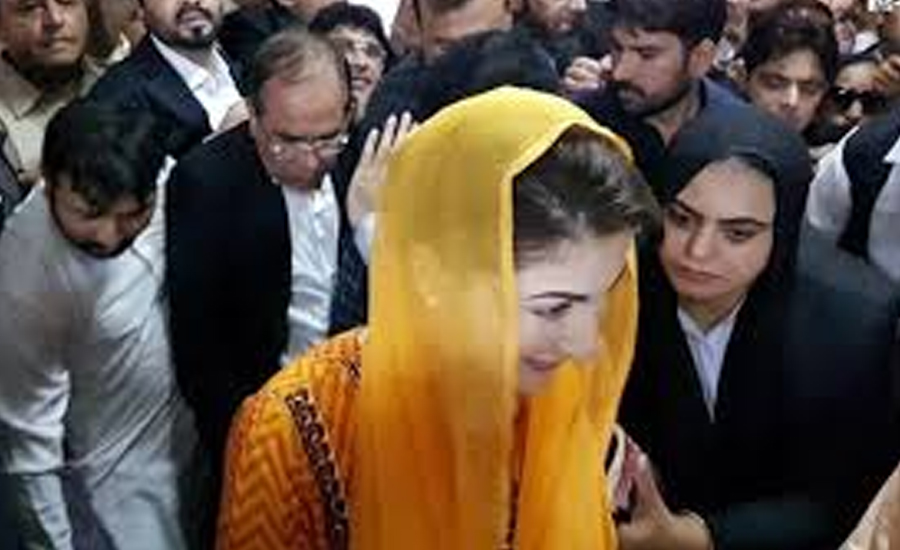 LAHORE (92 News) – A two-member bench of the Lahore High Court (LHC) hearing Maryam Nawaz’s plea to remove her name from the exit control list (ECL) and return her passport was dissolved on Saturday. Meanwhile, the LHC chief justice formed a new bench comprising of Justice Ali Baqar Najafi and Justice Tariq Saleem Sheikh. A bench headed by Justice Ali Baqar Najafi had held initial hearing of the Maryam Nawaz’s plea. Earlier on January 15, the LHC had sought a reply from the federal government for placing the name of PML-N vice-president Maryam Nawaz on the exit control list (ECL) on January 21. A two-member bench headed by Justice Tariq Abbasi heard case. Maryam Nawaz’s counsel contended that the father of Maryam Nawaz is critically ill and she wants to go abroad to look after him. On January 14, the federal cabinet’s sub-committee had approved to place the name of PML-N leader Maryam Nawaz on the exit control list in the Chaudhry Sugar Mills case. The cabinet has granted the approval on the recommendation of the sub-committee. On December 16, the Lahore High Court (LHC) had ordered the National Accountability Bureau (NAB) to submit the reply on the return of the passport of Maryam Nawaz on December 24. The court also allowed Yousaf Abbas to submit the reply on the bail plea of Yousaf Abbas.