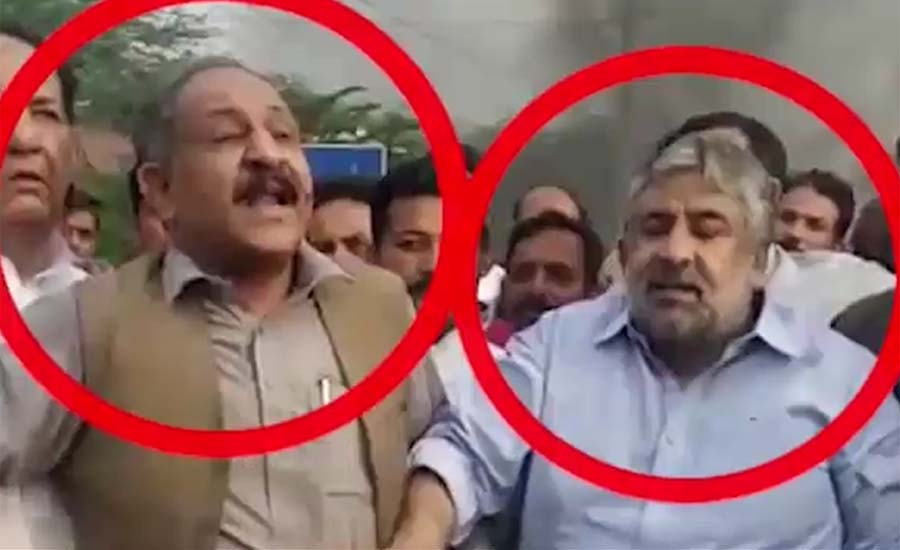 LAHORE (92 News) – The Lahore High Court (LHC) on Friday convicted former Pakistan Muslim League-N (PML-N) MNA Sheikh Waseem along with three others in contempt of court. A three-member bench of the LHC, headed by Justice Mazahir Ali Akbar Naqvi, announced the verdict in case of anti-judiciary rally and shouting slogans against the judiciary in Kasur. The PML-N four members including MNA and MPA were accused of holding an anti-judiciary rally and shouting slogans against the judiciary in Kasur. MNA Waseem, former senior vice chairman of PML-N’s Kasur wing Jameel Khan, former Kasur Baitul Maal chairman Nasir Khan, and former vice chairman of Kasur’s municipality department Ahmed Lateef were handed down a one-month imprisonment sentence along with a Rs100,000-fine each. Whereas, former MPA Naeem Safdar and former chairman of Kasur's municipality department Haji Ayaz were acquitted on the base of non-availability of witnesses against them by the court. After the verdict was announced, the police arrested the culprit sentenced by the court. Meanwhile, the PML-N again issued a party ticket to convicted Sheikh Waseem for contesting 2018 general election. Earlier, the LHC framed charges against all those involved in making remarks against the judiciary during a rally in Kasur. Accused MNA Waseem Akhtar, MPA Naeem Safdar, Kasur Baitul Maal Chairperson Nasir Mehmood and Market Committee Chairperson Jameel Ahmed have denied the charges. On April 13, a protest rally was organized in Kasur wherein PML-N leaders participated. The case against the rally participants was filed on the grounds that they used inappropriate language against the judiciary and other state institutions.