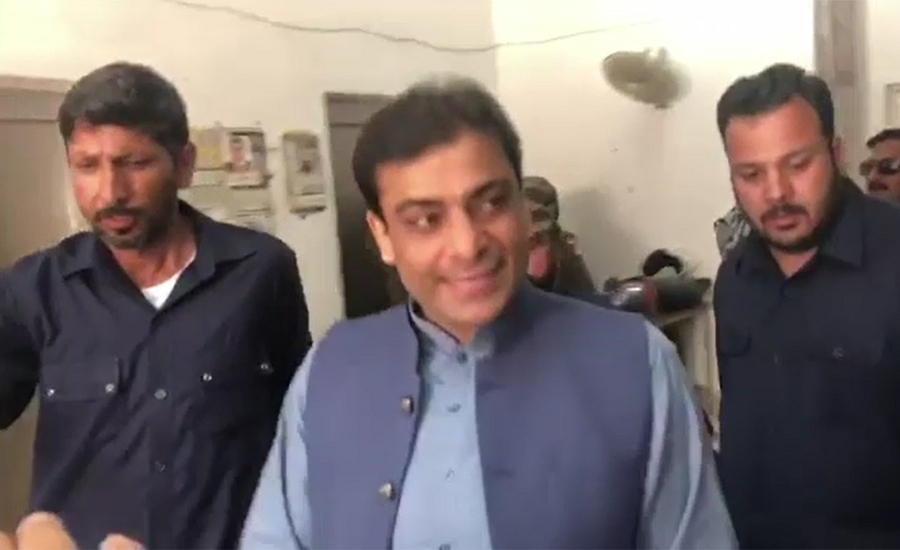 LAHORE (92 News) – The Lahore High Court (LHC) on Thursday granted bail to Opposition Leader in Punjab Assembly Hamza Shahbaz in the Ramazan Sugar Mills case. A bench comprising Justice Syed Mazhar Ali Akbar Naqvi and Justice Chaudhry Abdul Aziz heard bail plea of Hamza Shahbaz. During the hearing, the court asked from the national Accountability Bureau (NAB) prosecutor that how many total directors in Ramazan Sugar Mills. “You have no answer of the court’s questions,” the court remarked. To reply, the NAB prosecutor said that there are seven directors of Ramazan Sugar Mills but not everyone is named at the moment but Hamza Shahbaz is the CEO of Ramazan Sugar Mills. “It appears that you have not touched the file of the case,” the court remarked. After the hearing, the court granted bail to Hamza Shahbaz in Ramazan Sugar Mills reference. Earlier, the LHC had issued notice to the NAB on the bail plea of Opposition Leader in the Punjab Assembly Hamza Shehbaz for January 13. Justice Ali Baqar Najafi questioned Hamza Shehbaz’s lawyers whether they had taken instructions from Hamza Shehbaz who had expressed his no-confidence in the bench. They replied that they had full confidence in the bench. Hamza Shahbaz filed a petition in LHC seeking his release on bail in Ramzan Sugar Mills reference. Amjad Pervaiz Advocate filed the bail petition of the Pakistan Muslim League-Nleader in which Chairman National Accountability Bureau (NAB), DG NAB Lahore and the NAB investigation officer have been made party. The petition said that the NAB has initiated Ramzan Sugar Mills inquiry with malicious intentions. They initiated the inquiry score of times but failed to find any irregularity, he said. The Nullah was built in tehsil Bhawana in the public interest, the petition said. The provincial cabinet and the assembly had granted approval to the construction of the sewerage drain. The bureau found no evidence against Hamza while co-accused in the case Shahbaz Sharif has already granted bail by the court, according to the petition.