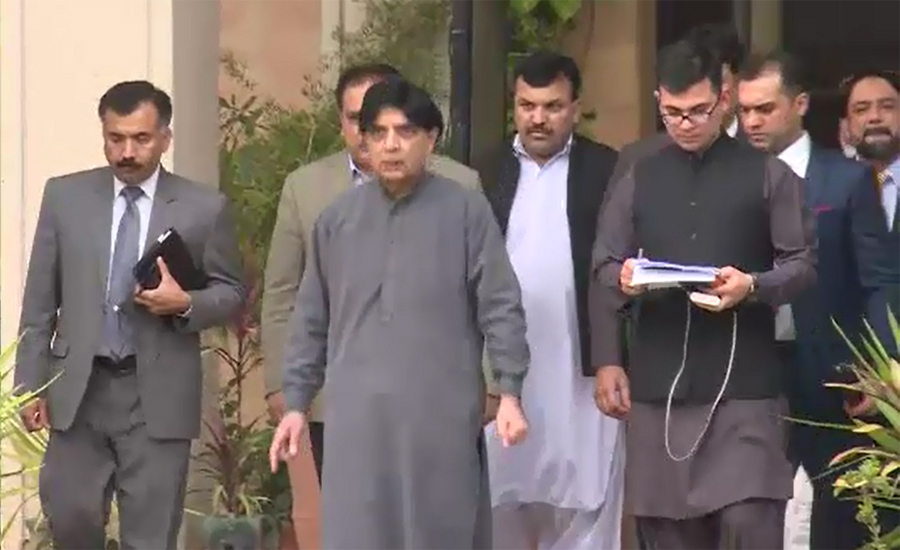 RAWALPINDI (92 News) – Justice Mirza Waqas Rauf of the Lahore High Court Rawalpindi Bench has accepted a petition seeking de-seating of former interior minister Ch Nisar Ali Khan for not taking the oath as a member of the Punjab Assembly. The court has issued notice to the Election Commission of Pakistan and sought a report on the matter within 15 days. Ch Noor Khan, the petitioner, stated that Ch Nisar Ali Khan is neither resigning nor taking the oath. “As a result, the people of PP-10 are deprived of their representation in the Punjab Assembly,” he stated. He contended that no development project is going on in the area. The petition was filed through Asad Abbasi advocate. Meanwhile, PTI MPA Momina Waheed had moved a resolution seeking cancellation of Ch Nisar’s membership. In the resolution, she stated that Ch Nisar has continuously been insulting the House and his voters by not taking the oath of his office. “Keeping in view the dignity of the Punjab Assembly and voters of PP-10, membership of Ch Nisar should be cancelled,” she demanded. She also demanded that the Rules of Procedure of the Provincial Assembly of the Punjab, 1997 should be amended for the purpose. The PTI MPA demanded that membership of Ch Nisar should be cancelled and re-polling in the constituency should be conducted.