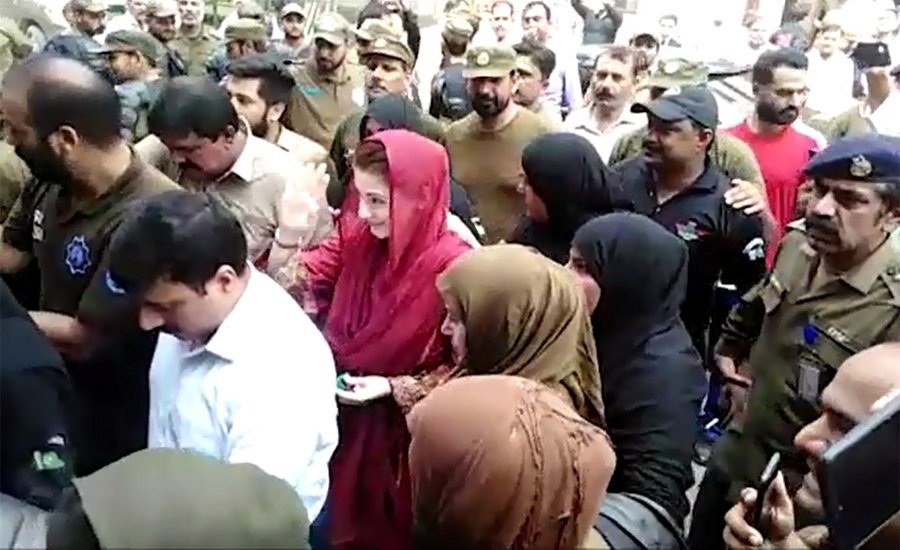 LAHORE (92 News) – The Lahore High Court (LHC) will hear Maryam Nawaz’s plea for return of her passport on December 26. The NAB submitted the reply in court regarding the application of the PML-N leader. The court remarked that the case of Maryam Nawaz’s name removal from the ECL is fixed for December 26. “The court will also hear the passport return case the same day,” it ruled. On December 16, the Lahore High Court (LHC) had ordered the National Accountability Bureau (NAB) to submit the reply on the return of the passport of Maryam Nawaz on December 24. The court also allowed Yousaf Abbas to submit the reply on the bail plea of Yousaf Abbas. A two-member bench headed by Justice Ali Baqar Najafi heard the bail plea. Earlier, the Lahore High Court (LHC) had referred Maryam Nawaz’s plea for removal of her name from the exit control list (ECL) to the review committee of the federal government. The court also ordered the review committee to make decision on the application in a week. Justice Baqar Najafi remarked that the petitioner should first file a review petition with the federal government. When referred to the Nawaz Sharif case, the court remarked that Nawaz Sharif had filed the review application and the cabinet had allowed him to go abroad. Azam Nazir Tarar contended that they have come to court because it had granted Maryam Nawaz the bail. “Why can Maryam Nawaz not be allowed to go abroad if 16 people, including Ayyan Ali, have been permitted to go abroad?” he said. On December 7, PML-N leader Maryam Nawaz had filed an application in the Lahore High Court, challenging the inclusion of her name on the exit control list (ECL). In the petition filed through Amjad Pervez advocate, she contended that she wanted to look after her ailing father who lies on her and want to visit abroad for six weeks. She prayed to court to return her passport. “I had returned to the country leaving behind her ailing mother despite her sentence in the Al-Azizia reference. I have been placed on the ECL without listening to my stance,” she stated. She said that the memorandum placing her name on the ECL is illegal and against verdict of apex court. “I have been appearing before courts for one and a half years. It is strange to include my name on the ECL,” she added. She said that the disease’s condition of Nawaz Sharif is indescribable. “The August 20 decision of placing her name on the ECL should be declared null and void.” The Interior Ministry, the FIA and the NAB chairman and DG have been made the parties in the petition.