'Liar liar': Sales boom for song attacking Theresa May ahead of election 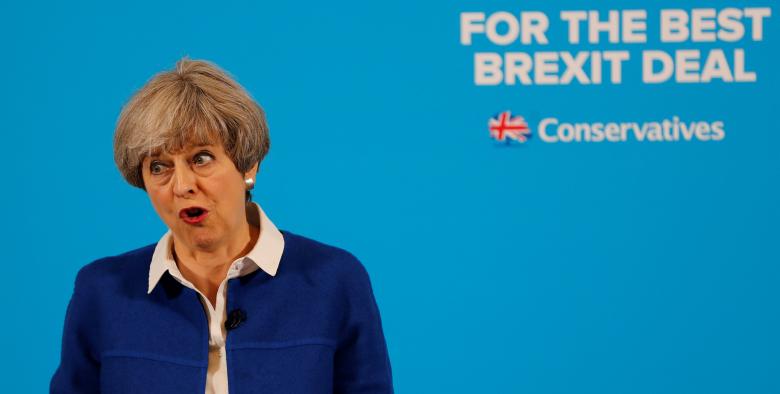 'Liar liar': Sales boom for song attacking Theresa May ahead of election

LONDON – A song labeling Prime Minister Theresa May a liar has shot to the top of music sales charts in Britain, mocking her "strong and stable" motto ahead of the June 8 national election.

"Liar liar GE2017" by Captain SKA now tops Amazon's listing for songs downloaded in Britain, and stands at No.2 in Apple's iTunes UK chart, despite receiving no airplay from radio stations.

Hitting out at the austerity policies of Britain's Conservative Party, the song stitches together samples of May's speeches with choruses of "She's a liar liar, no you can't trust her".

"We all know politicians like telling lies / Big ones, little ones, porky pies / Saying they're strong and stable, won't disguise / We're still being taken for a ride," reads one verse.

May is expected to win comfortably on June 8, but her party's lead in opinion polls has narrowed sharply in the last week, calling into question her decision to call the unscheduled election seeking a strong endorsement of her Brexit strategy.

Captain SKA, a London-based band led by producer Jake Painter, is aiming for the No.1 spot in Britain's official Top 40 chart.

"The success of this song shows people are fed up with this government of the rich, for the rich," the band said in a statement published by Official UK Charts Company, which said "Liar liar" was on course to be the highest new entrant this week.

A spokesman for May's Conservative Party said it had no comment on the song.

Political songs are a thorny issue for British broadcasters, which are bound by impartiality regulations, especially around elections.

In April 2013, "Ding-dong the Witch is Dead" from the Wizard of Oz musical rose to No.2 in the official charts following the death of former Conservative prime minister Margaret Thatcher.

BBC radio refused to play the song in full, but aired five-second clips in news reports instead. –Reuters