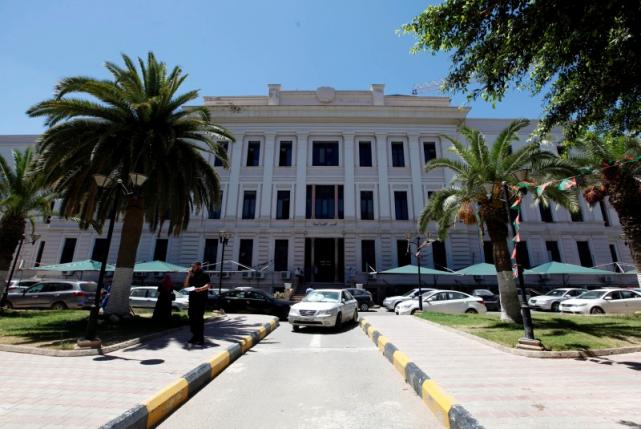 TRIPOLI – Unable to get specialist care for his six-year-old daughter in Libya or a visa for treatment abroad, Abdulhakim Shaybi bought a motor boat and set off with her last month across the Mediterranean. Two-and-a-half hours into their journey from Sabratha in western Libya, they reached a European ship deployed to rescue migrants. "I raised a white flag to the ship in a sign of peace," Shaybi told Reuters by phone this week from the Italian city of Genoa, where his daughter Sajida, who has the rare blood cell disease aplastic anemia, is now undergoing tests. "My friend told them that we have a sick little girl." The story was quickly picked up on social media as an illustration of the tragic consequences of Libya's health system collapsing amid poor security, a funding crisis, and chronic shortages of staff and medicine. Problems only seem to have become more acute since a U.N.-backed government arrived in Tripoli in March aiming to end the armed conflict and political turmoil that has plagued Libya for years. It is gradually trying to assert its authority, but remains opposed by some factions on the ground. Shaybi said he decided on the boat trip after visiting Tripoli Central Hospital earlier this year and finding it "in a disastrous condition, one hundred times worse than before. There was no nursing staff at night, no medicine, and no health care at all." The hospital is now in a sorry state, afflicted by power and water cuts and starved of resources. Three months ago the emergency room was shut after one male nurse was shot and another was beaten. The morgue has run out of space because staff are waiting for authorization to bury unclaimed bodies. Of 250 foreign nurses, just 40 are left, and female Libyan nurses are afraid to work because of security threats. "We are only conducting emergency operations now," General Manager Mukhtar al-Habbas told Reuters. "We have no anesthetic, sterilizing materials, or medical gauze, so how we can work?" It is a similar tale across Libya. About half of the country's 159 hospitals are either closed or barely delivering services, said Haroon Rashid, a World Health Organization official. Before the uprising that toppled Muammar Gaddafi in 2011, Libya had some of the best health indicators in the region, he said, though it was also unusually dependent on foreign doctors and nurses, using its oil income to employ them on generous terms. But some 80 percent of those workers have left, depriving medical facilities of specialist care needed in neonatal units or to treat high rates of casualties from traffic accidents. The WHO says indigenous malaria cases have recently resurfaced in the south, and it fears a re-emergence of polio as well as increasing resistance to HIV drugs due to users switching between different brands because of lack of supply. In a country where substance abuse is widespread, there are no detoxification centers. Political turmoil, corruption, and financial pressure caused by a steep fall in oil earnings have cut off funding to health facilities, yet Libya's underlying wealth means foreign donors are reluctant to give. "Everyone is saying that Libya is a rich country, and they may have frozen assets but they have nothing in hand," said Rashid. At the Tripoli Medical Centre, the largest state hospital in the capital, metal donation boxes have been placed at the entrance and the walls of the pharmacy are bare. Some equipment has been switched off by contractors who haven't been paid, said General Manager Mohammed Ehnaish, and the remaining nursing staff are threatening to leave over lack of salaries. "The treatment is non-existent," said Mohamed Maylood Al-Sabouh, whose wife is a cancer patient there. "I buy from pharmacies and sometimes I have to go to five to six before I can find the medicine." –Reuters