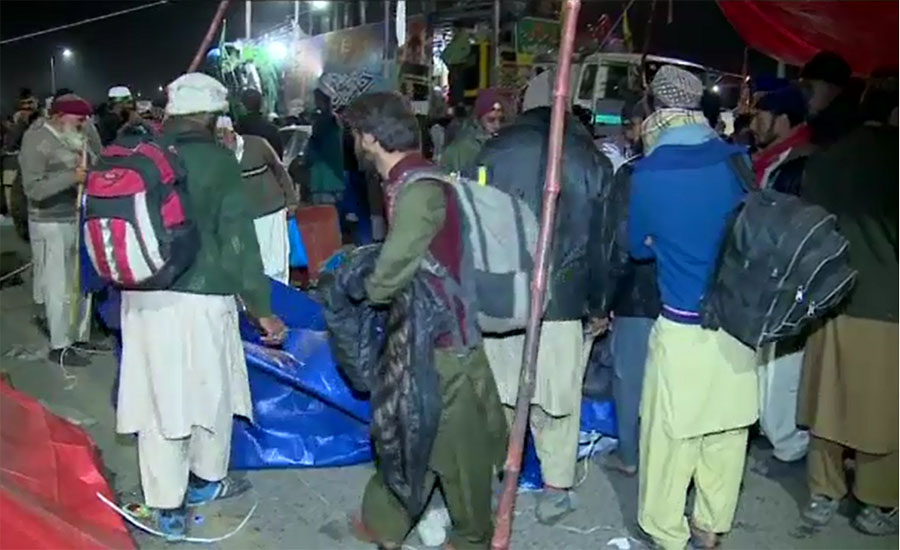 ISLAMABAD (92 News) – Life has returned to normal in the twin cities after the protesters ended the sit at Faizabad and left for their homes. The sit-in continuing for last 22 days has been ended under an agreement between the leaders and the government. Roads have been opened, while traffic from Zero Point to Shakarparian and from Shakarparian to Khanna Bridge has been restored. However, the road heading to Rawal Dam from Faizabad is still closed. Metro service has been restored. Markets adjacent to Faizabad are being opened. Sanitary workers are cleaning the road. Moreover, no person has been held responsible for the change in the Khatm-e-Nabuwwat Act in the Raja Zafarul Haq report. The inquiry committee conducted the interviews of several people. The committee includes Raja Zafarul Haq (head), Ahsan Iqbal and Mushahidullah (members). It is being stated that the Raja Zafarul Haq report is unclear.