LAHORE (92 News) – Light rain in different parts of Lahore and its adjoining areas turned the weather pleasant on Saturday. As per details, the rain shower continued in Lahore and its adjoining areas from Friday late night to till Saturday. Different cities including Kasur, Okara, Bahawalpur, Peshawar , Mansehra., Sahiwal also received rain. In Lahore, light rain reduced the smog and various seasonal diseases have also eliminated. Meteorological Department predicted that rainfall is expected to continue over the next 24 hours. On the other hand, thunderstorm and torrential rains continued in Khyber Pakhtunkhwa, Gilgit-Baltistan and Kashmir. Peshawar has experienced an increase in cold after intermittent rains. 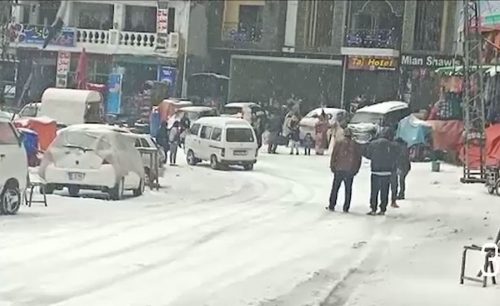