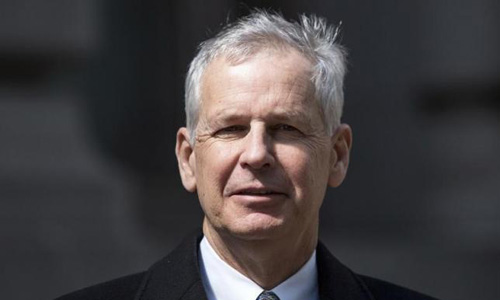 NEW YORK - Wireless venture LightSquared on Thursday concluded three years of litigation with creditors, securing U.S. Bankruptcy Court approval of a plan to end its Chapter 11 case and repay in full its largest creditor, Dish Network Corp (DISH.O) Chairman Charles Ergen. The ruling ends one of the longest and most litigious bankruptcies in recent years, and will yield a hefty profit for Ergen, who other stakeholders portrayed as the villain for his unwillingness to take a haircut on his debt. "I am excited to get back to work," LightSquared Chief Executive Officer Doug Smith said in a statement, calling the approval a "new day for the company." LightSquared's case has been closely watched because its main asset, wireless spectrum, is considered very valuable. Just how valuable it is, and what it can be used for, has been fiercely debated among stakeholders vying for control. Under the plan greenlighted by Judge Shelley Chapman in U.S. Bankruptcy Court in New York, LightSquared will exit Chapter 11 under the control of Centerbridge Partners and Fortress Investment Group (FIG.N). Ergen, who amassed a $1 billion stake of the company's loan debt, will receive about $1.5 billion in cash, reflecting accrued interest. Founded by Phil Falcone's Harbinger Capital Partners, LightSquared had planned to build a massive wireless network when the Federal Communications Commission revoked its spectrum license over concerns of GPS interference, pushing it into bankruptcy in May of 2012. Since then, there have been about a dozen failed restructuring plans and litigation between the company and Ergen over the legality of his debt purchases. LightSquared accused him of illegally infiltrating its capital structure to effect a takeover by Dish. Other stakeholders agreed, but Ergen claimed the investment was personal and refused to take haircuts on his debt. "God's not making more spectrum," he said at January 2014 court hearing, insisting the spectrum would prove valuable. His doggedness paid off. Last week, LightSquared unveiled a plan to give Ergen what he had long demanded, and which LightSquared had previously been unwilling and unable to deliver: full repayment, in cash, with interest. The restructuring is premised on a $1.515 billion financing commitment from Jefferies Finance LLC, which stands to pocket a $174 million arrangement fee. Harbinger will retain 44 percent of LightSquared's equity, but cede voting control. Centerbridge and Fortress will own a combined 34 percent stake. JPMorgan Chase & Co (JPM.N) will own LightSquared's Inc unit, and the hefty tax benefits derived from that unit's net operating losses. - REUTERS