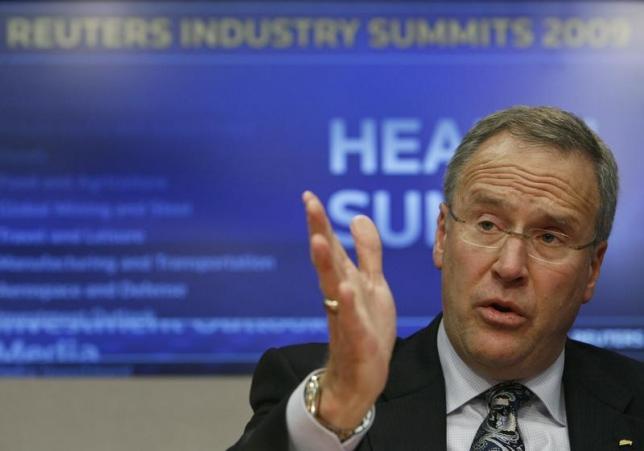 NEW YORK - US drugmaker Eli Lilly and Co said on Wednesday John Lechleiter, its chief executive of eight years, would retire by the end of the year and would be succeeded by senior vice president David Ricks on January 1. Lechleiter, who became the CEO in April 2008, has steered the company through a steep patent cliff by reinvigorating its pipeline. Lilly has made great progress building an R&D engine that has the potential to launch 20 new products in 10 years beginning in 2014, Lechleiter noted in the company's earnings release on Tuesday. Earnings growth at the Indianapolis-based drugmaker resumed last year after three years of tumbling sales. The company's internal pipeline is well positioned to mitigate patent losses during the next decade, Morningstar analyst Damien Conover wrote on Tuesday. Lilly on Tuesday reported better-than-expected quarterly sales, fueled by newer drugs, and predicted average annual revenue growth of at least 5 percent through the end of the decade due to its growing roster of medicines. Lechleiter joined Lilly in 1979 as a senior organic chemist and later took on roles that involved pharmaceutical product development, regulatory affairs and operations. Since 2012, Ricks has served as president of Lilly Bio-Medicines, the largest of the company's five businesses in terms of sales. The unit also accounts for nearly half the company's mid-to-late-stage pipeline assets. The 140-year old company's shares were unchanged in premarket trading. -Reuters