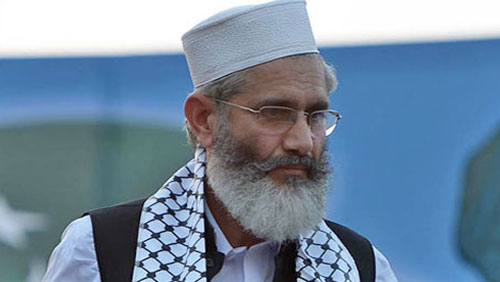 PESHAWAR (Web Desk) – Jamaat-e-Islami (JI) chairman Sirajul Haq has stated that a linguistic-based organisation has been named in the Judicial Investigation Team’s (JIT) report for 2012 Baldia Town factory fire which claimed over 260 lives. Talking to media in Peshawar after filing his nomination papers for Senate elections, Sirajul Haq said the JIT report has accused an organisation of setting the factory ablaze over refusal to pay extortion. It is to be mentioned here that the JIT report was presented in the Sindh High Court by Rangers last week. The information in the report had been disclosed by suspect Rizwan Qureshi, an alleged worker of the MQM, on June 22, 2013 during joint investigation of the incident.