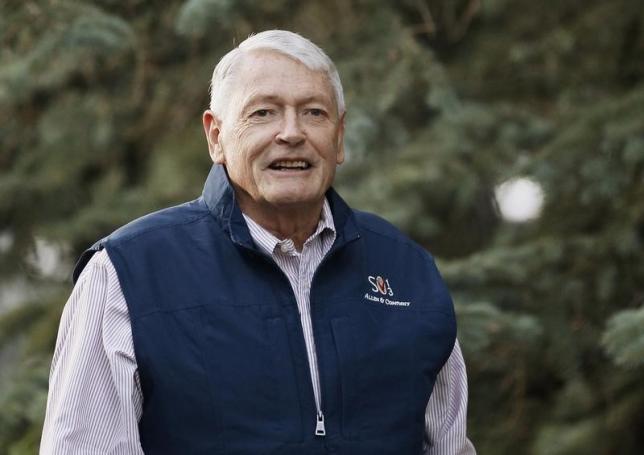 LON ANGELES - Movie and television studio Lions Gate Entertainment Corp is in advanced talks to merge with John Malone's premium TV cable network Starz, the Los Angeles Times reported, citing sources. The two companies have held high-level talks for several months and have also considered a variety of partnerships, a source told the newspaper. Lions Gate's management would run the combined company and has expressed interest in finding an important role for Starz Chief Executive Chris Albrecht, the Times reported, citing a company executive. The valuation of the two companies is one of the factors complicating the deal, the Los Angeles Times reported. Lions Gate has a market capitalization of $5.81 billion while Starz is valued at $3.97 billion. Lions Gate was interested in pursuing a merger with Starz last year, but the two sides could not come to terms over valuation, the Wall Street Journal had reported in June. The companies were not immediately available for comment. Last month, Bloomberg reported that cable network operator AMC Networks Inc was in preliminary talks to buy Starz. Starz's rival movie channel Epix, which Lions Gate co-owns with Viacom Inc and MGM, also remains a bone of contention in the deal's closing, according to the Los Angeles Times report. Lions Gate reported a stake of 2.31 percent in series A common stock of Starz as of March 27, while John Malone reported a 2.4 percent stake as of Feb. 10. Malone has a roughly 3 percent stake in Lions Gate. Lions Gate shares were up 7.9 percent, while Starz shares rose 10.1 percent in extended trading. -Reuters