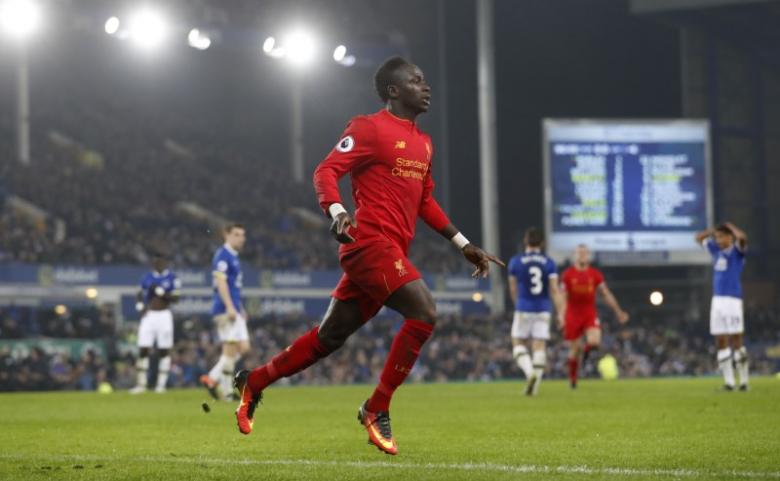 LONDON - Liverpool have the strength in depth to cope with Sadio Mane's absence during next month's African Nations Cup, the Senegal striker has said. Mane, who joined from Southampton during the close season, scored a last-minute winner against Everton on Monday and is Liverpool's leading scorer this campaign with eight goals. "It will not be easy for me to go with Senegal next month. I would love to carry on playing with my team mates but they will understand because it is my country and it is my dream," Mane told British media. "Without me, the team will be the same. Even better I think. They will cope." The tournament kicks off on Jan. 14 in Gabon, with the final on Feb. 5. Mane has three Premier League matches left against Stoke City, Manchester City and Sunderland before he departs for international duty. He will miss league matches against Manchester United and Swansea City, and may not return in time for a clash against Chelsea on Jan. 31. The return of striker Daniel Sturridge will lessen the blow of Mane's absence, while midfielder Philippe Coutinho and defender Joel Matip are also set to return from injury. "Coutinho will come back, Matip will come back and Sturridge is back now. That is why the team will be strong," Mane added. "It has not been easy for him (Sturridge) being out, he has had a lot of injuries, but you know he can deliver important performances for the team." -Reuters