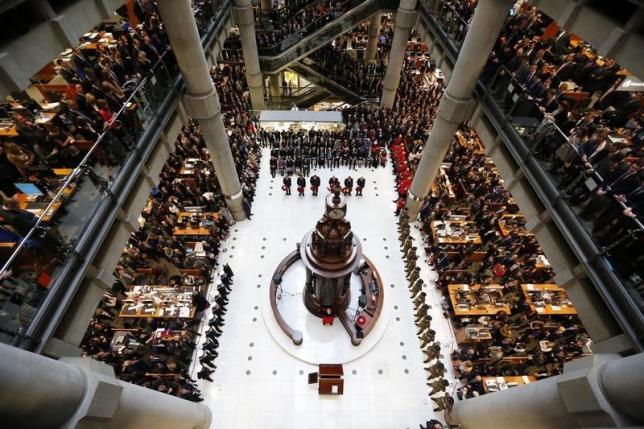 LONDON - The Lloyd's of London insurance market reported a 30 percent drop in pre-tax profit to 2.1 billion pounds on Wednesday, hit by a fall in investment returns and pressure on prices. The market's return on capital fell to 9.1 percent from 14.1 percent a year earlier, and investment return dropped to 400 million pounds from 1 billion in 2014. "In a market undeniably tougher than seen for many years, we have had to demonstrate our ability to adapt and take action," Lloyd's Chairman John Nelson said in a statement. "In these conditions, these results are creditable." More than 80 syndicates underwrite insurance at specialist insurance market Lloyd's, housed in one of the most recognisable buildings in London's main financial district, with listed companies including Beazley (BEZG.L) and Hiscox (HSX.L). The market's combined ratio, a measure of underwriting profitability, weakened to 90 percent from 88.4 percent in 2014. A level below 100 percent indicates a profit. Gross written premiums rose 6 percent to 26.7 billion pounds. -Reuters