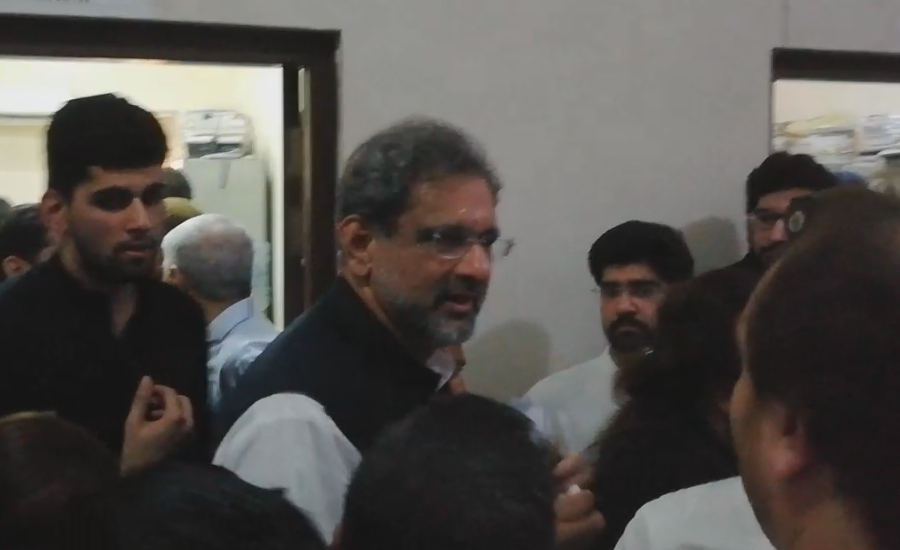 ISLAMABAD (92 News) – The Islamabad High Court (IHC) adjourned the bail plea of former prime minister Shahid Khaqan Abbasi till in the Liquefied Natural Gas (LNG) reference till February 13. Meanwhile, the National Accountability Bureau (NAB) has sought time to submit the reply in the Islamabad High Court. On February 1, Shahid Khaqan Abbasi had moved the Islamabad High Court (IHC) for bail in the LNG scandal. In the petition, he contended that the NAB is taking action against them on political basis. He appealed to court to release him on the bail till completion of the trial. He stated that the NAB had failed to file a case against and he should be granted bail till completion of the trial. On July 18, the NAB arrested PML-N vice-president Shahid Khaqan Abbasi from the Toll Plaza near Thokar Niaz Baig in LNG case. On Jan 2, the NAB Executive Board had authorized two investigations against Mr Abbasi, being former minister for petroleum and natural resources — one for his alleged involvement in irregularities in LNG import and the other related to the appointment of Naeemuddin Khan as president of the Bank of Punjab. The NAB inquiry found that the SSGCL signed a 15-year contract with a subsidiary company of Engro for re-gasification of LNG at fixed daily processing charges. The government authorized the Pakistan State Oil to procure LNG on behalf of the SSGCL. However, the NAB reopened the inquiry against Abbasi in October 2018.