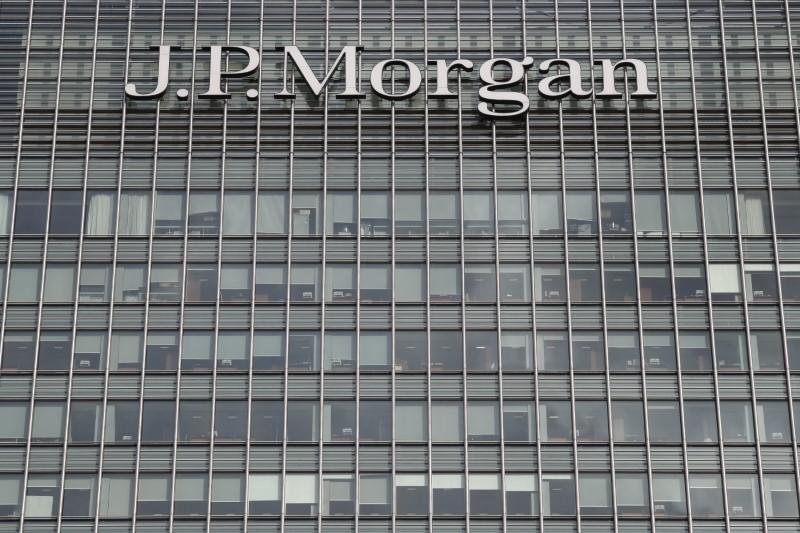 NEW YORK  – US banks are starting to see some long-awaited benefits of higher interest rates, with four of the largest lenders beating analysts' quarterly profit expectations on Friday by raising loan prices without paying much more for deposits.

"Bank stocks were due for a breather," Edward Jones analyst Shannon Stemm told Reuters. "They had a lot of optimism priced into the shares as investors got excited about rising interest rates and the prospect for regulatory reform. However, the fundamental picture is more mixed."

JPMorgan, for instance, reported loan growth, deposit growth and higher net interest income, which measures the difference between its cost of funding and the revenue it generates from those funds. Overall, its earnings rose 13 percent.

However, management now expects net interest income to rise by $4 billion this year, down from a previous outlook of $4.5 billion, due to a combination of mortgage adjustments, weakness in markets-related income, and unexpected "downward pressure" on 10-year bonds.

As JPMorgan's stock dropped 1.1 percent to $92.05, Citigroup bank stock analyst Keith Horowitz said investors were disappointed by the gloomier outlook, and had "a high bar priced into the stock."

The Federal Reserve has raised rates three times since the second quarter of last year, with the latest increase coming in June. Rising rates are generally good for banks, but because there have been uneven movements in short- and long-term rates, lenders have not seen income grow as quickly as investors expected.

Wells Fargo, Citigroup and PNC each reported year-over-year increases in their loan books. Wells and PNC said the spread between what they pay for deposits and charge for loans had grown, thanks to higher rates. They all beat analysts' average estimates for earnings per share.

But Wells Fargo's revenue came in shy of expectations, and analysts questioned executives about elevated expenses on a conference call. Its shares were down 1.2 percent at $54.94.

Citigroup's picture was muddied by the nature of its business.

The bank relies less on deposits from consumers, who have not demanded higher rates as quickly as institutional customers. A big chunk of its loan growth came from credit cards that do not carry balances, meaning it does not earn interest from those loans.

Chief Financial Officer John Gerspach encouraged analysts to think not just about income tied directly to those loans, but other business it generates from underlying customers.

"But we like the business that we've been putting on," he said. "We certainly would rather have loan growth than non-loan growth."

PNC showed particular strength in commercial loans, and its net interest income rose 5 percent as deposit costs rose less than the yields it earned. The bank plans to expand its corporate lending business, and stuck with its prior forecast that its loan book will grow in the mid-single digits for the full year.

But even that positive outlook generated some surprise. Its shares were down 0.4 percent in afternoon trading at $126.78.

"You maintained the full year '17 guidance," Evercore ISI analyst John Pancari said on a conference call with management. "Why not up?"