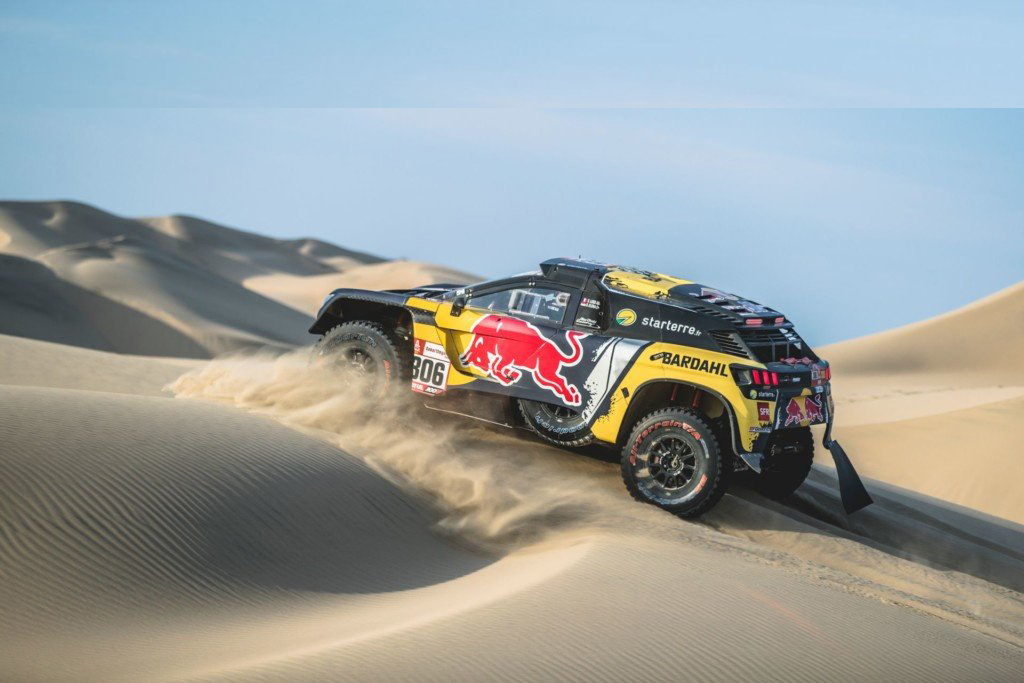 LIMA (Reuters) - Nine times world champion Sebastien Loeb won the second stage of the Dakar Rally in the Peruvian desert on Tuesday, with South African Giniel De Villiers taking the overall lead for his Toyota team. De Villiers, the 2009 Dakar champion, leads team mate Bernhard ten Brinke by 28 seconds with Spaniard Nani Roma third in a Mini, 42 seconds off the pace after the 342km timed stage from Pisco to San Juan de Marcona. Loeb had started the day 13th and ended it in fifth place, one minute and 56 seconds off the lead but with his 11th career stage win on the Dakar — even if he was almost reeled in by Roma at the finish. “In the end, it was a good strategy, because it was advantageous for us to start behind the leaders, even if we were a bit further back than we would have liked,” said the Frenchman. “It was a good special (stage) with no major mistakes. I thought the pace was good. I’m getting a good feeling back, because I’ve only done about 100km of testing since the Dakar last year. “I’m not quite at the same level as last year, but it’s working well for the moment”. Qatar’s overnight leader Nasser Al-Attiyah, who is driving a Toyota, opened the road for the rest and dropped back to eighth place, nearly three and a half minutes adrift of De Villiers. Spaniard Carlos Sainz, the defending champion, was sixth overall and lost time with two punctures. Argentine driver Orlando Terranova, driving a Mini 4x4, retired after crashing out halfway through the stage. The former stage winner was taken to hospital for checks after suffering back pain. Stephane Peterhansel, a record 13 times Dakar winner, lost some 15 minutes after a lengthy stop in the dunes during the stage before Mini team mate Cyril Despres came to the rescue. “We started with some electrical problems inside the car: no microphones, no air-conditioning, no wipers, nothing was OK. I lost my concentration a little bit, and after I got stuck in a really bad place,” said the Frenchman. The endurance rally, staged in South America since being switched from Africa in 2009 for security reasons, ends in Lima on Jan. 17.