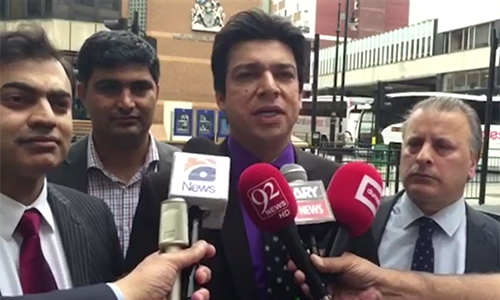 KARACHI (92 News) – PTI leader Faisal Vawda has said that the London Police had asked him to become party on giving documents against Altaf Hussain. Talking to the media at airport on his arrival on Saturday, he said that he had returned after delivering a message of returning soon to Altaf Hussain on Twitter. He said that Altaf Hussain had wrongly been granted British citizenship. Faisal said that the MQM people are worried about Altaf Hussain. “We are doing the job which should have been done by the government,” he said.