PK-786 had to travel to Islamabad from London on Sunday evening.

As the aircraft began taxi on runaway, the pilot felt some disturbance in the radar system of the plane.

He brought the plane back to the hanger and alerted the authorities with the problem.

Special Assistant to the prime minister on overseas Pakistanis Syed Zulfi Bokhari is also traveling by the same plane.

Engineers were called to fix technical fault. According to PIA, the plane will be allowed to take off after getting clearance from the engineers. 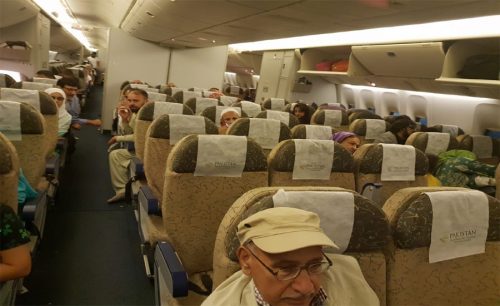 At least 200 passengers stranded inside the plane for hours. They complained about non-functioning of AC.