Londoners continue to protest against police after murder of Sarah Everard 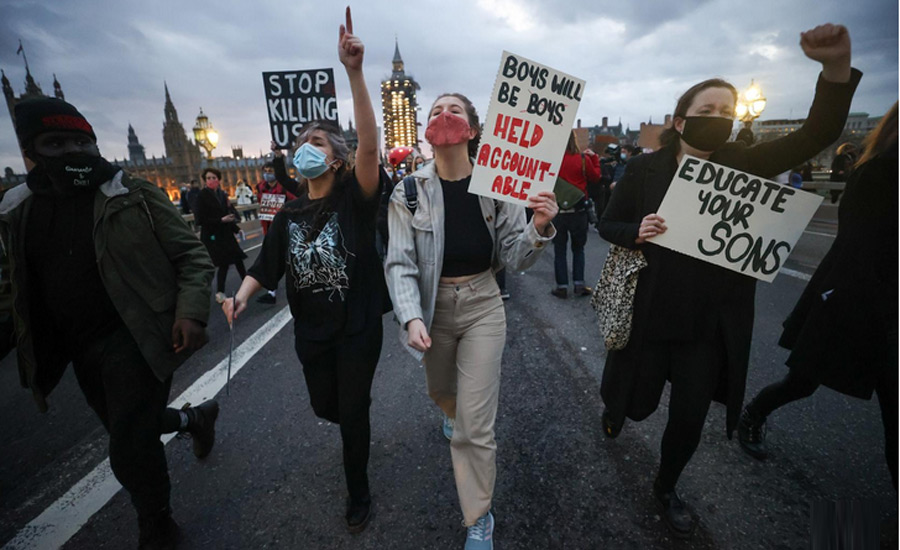 Londoners continue to protest against police after murder of Sarah Everard

LONDON (Reuters) – Protesters angry at men’s violence against women and heavy-handed policing in the wake of the murder of Londoner Sarah Everard protested outside police headquarters, parliament and Prime Minister Boris Johnson’s office on Monday.

Everard, 33, was abducted as she walked home in south London on March 3 and a police officer has been charged with her kidnap and murder, provoking a national debate over how British society deals with male violence against women.

Protesters gathered outside parliament in Westminster, where lawmakers started debating a bill on Monday that opponents said would give police too much power to restrict peaceful protests, days after police were criticised for using excessive force at a vigil for Everard.

The protesters briefly blocked traffic on nearby Westminster Bridge before gathering outside New Scotland Yard, the headquarters of London’s Metropolitan Police, and moving on to Johnson’s Downing Street office.

Holding signs reading “Educate your sons” and “End violence against women”, protesters stood opposite a line of police outside New Scotland Yard, chanting “Sisters united will never be defeated” and “Who protects us from you?”

Political focus has shifted onto London’s Metropolitan Police after officers tried to disperse a vigil for Everard on Saturday, saying it breached COVID-19 lockdown rules. They scuffled with mourners and dragged women away in handcuffs.

Monday’s protest proceeded for several hours without the same heavy-handed police tactics, following widespread criticism of Saturday’s events and calls for the Met’s chief to resign.

“They came with flowers, you came with force,” read one protester’s sign.