London's core role in euros under spotlight after Brexit vote 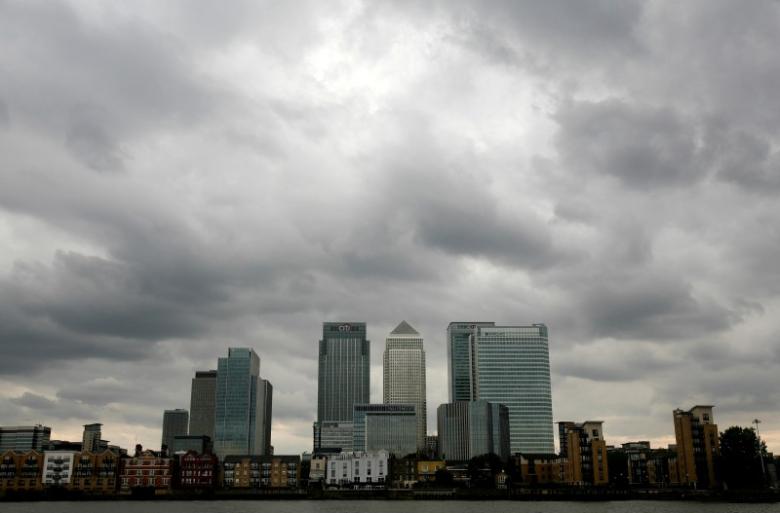 London's core role in euros under spotlight after Brexit vote

LONDON - Banks in Britain are the largest borrowers and lenders of euros outside the single currency area, BIS figures showed on Sunday, underscoring what's at stake for Britain if its lenders fail to maintain access to EU markets after the country leaves the bloc. The Bank for International Settlements (BIS) said in its Quarterly Review that Britain's vote in June to leave the European Union has focused attention on the role of London in the European and international banking system. The forum for central banks gave no views on how the City of London, one of the world's leading financial hubs and single biggest tax earning sector for the UK, would fare after Brexit. French President Francois Hollande has said that euro-denominated clearing should shift to the euro zone, a sector that clearing houses in London dominate. Banks in Britain are already making contingency plans to shift staff and operations to the EU in order to keep serving continental clients if Britain loses full access to the bloc under new trading terms that could take years to negotiate. The BIS figures highlight London's huge global footprint in finance, much of it in euros. At the end of March, banks in the UK reported total cross-border lending worth $4.5 trillion (3.46 trillion pound), ahead of Japan and the United States. Britain was the second-biggest recipient of cross border bank credit at $3.8 trillion, behind the United States. A large share of international banking activity in London is accounted for by banks from other countries with affiliates in the UK. Among foreign banks in Britain, American banks reported the largest outstanding foreign claims on Britain at $460 billion. Banks collectively from EU member countries, however, had claims totalling $1.3 trillion or 56 percent of all foreign claims on UK residents. "The United Kingdom has a particularly important role as a redistribution hub for euro-denominated funds," the BIS said. Banks in Britain accounted for 54 percent of all worldwide euro-denominated claims booked outside the euro area, and 60 percent of all liabilities. "Indeed, ever since the launch of the single currency, euro-denominated positions have been a major part of the cross-border portfolios of banks located in the United Kingdom," the BIS said. During the 2000s, the share of the euro in cross-border claims at banks in Britain hovered around 40 percent, roughly equal to the share of claims denominated in dollars. Since 2012, the euro's share has fallen from 39 percent to 33 percent at the end of March this year. London is also the world's biggest currency trading centre, accounting for some 37 percent of the $5.1 trillion average daily volume, according to the BIS. Traders in London buy and sell more than twice as many euros as the whole 19-member euro zone. -Reuters