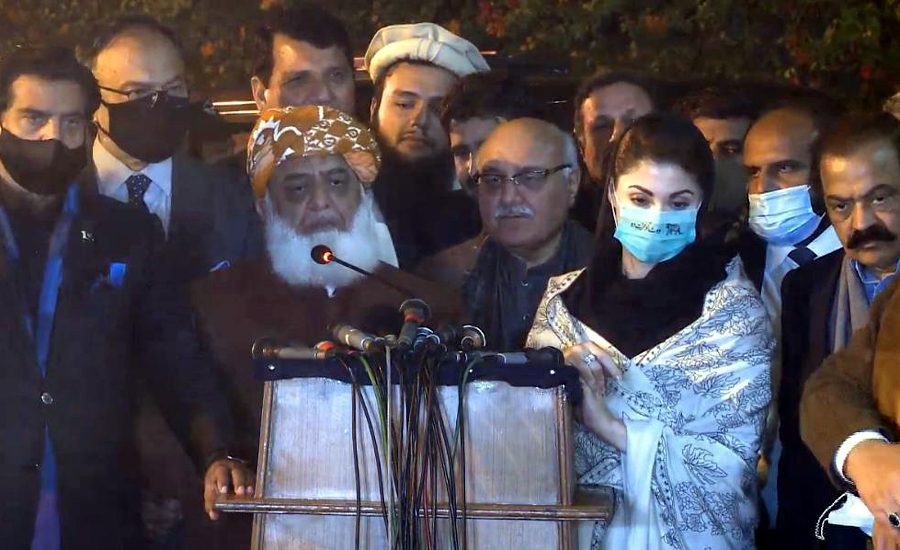 LAHORE (92 News) – Pakistan Democratic Movement (PDM) chairman Maulana Fazalur Rehman has given the government a one-month deadline, saying the date for a long match will be announced after January 31.

Talking to the media after a meeting of the PDM at Jati Umrah on Friday, he announced that they had achieved the target of resignations. "The news about differences in the PDM have ended," he said.

He said that it has to be decided yet whether the long march would be headed towards Islamabad or Rawalpindi. "The entire system has been made hostage, while Imran Khan is just a pawn."

The PDM chairman said that a demonstration would be staged before the Election Commission of Pakistan. "Demonstrations will also be staged outside NAB offices. It has been proved that it is revenge, not accountability," he said.

He said that they could not ignore the arrest of Khawaja Asif. "We will make stern decisions regarding issuance of notice and summoning of politicians," he added.