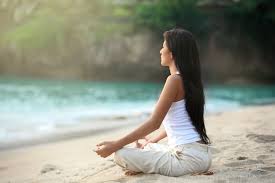 NEW YORK (Reuters) - Meditation over many years is tied to smaller age-related decreases in brain volume, according to a new study. People who reported meditating for an average of 20 years had higher brain volumes than the average person, researchers report in Frontiers in Psychology. While it’s known that the volume of a brain’s gray matter decreases as a person ages, the study’s senior author told Reuters Health that the team of researchers expected to see more gray matter in certain regions of the brain among long-term meditators. “But we see that this effect is really widespread throughout the brain,” said Dr. Florian Kurth, a postdoctoral fellow at the University of California, Los Angeles Brain Mapping Center. Kurth and his colleagues write that they can’t say meditation caused its practitioners to lose less brain volume, however. Other habits of long-term meditators may also influence brain volume. Nearly 18 million adults and 1 million children practiced meditation in the U.S. in 2012, according to a survey on complementary medicine from the National Institutes of Health and the Centers for Disease Control and Prevention. Though meditative techniques have roots in Eastern religious and spiritual traditions, Americans today often meditate outside of religious settings, according to the survey. Prior studies found that meditation can improve attention, memory, verbal fluency, executive function and creativity, Kurth and his colleagues write. For the new study, the researchers compared the brain scans of 50 long-term meditators to those of 50 men and women from the general population. The participants ranged in age from 24 to 77 years. The meditators reported being involved in the practice for four to 46 years. Overall, the volume of gray matter shown on the brain scans decreased as the age of the participants increased. But the meditators’ brains appeared better preserved than average people of the same age. Moreover, the researchers were surprised to find less age-related gray matter loss throughout the brains of meditators. Los Angeles singer-songwriter Julianna Raye, who began meditating 20 years ago, was amazed at what she saw when she looked at her brain scan compared to a scan of another 48-year-old woman from the general population. “The difference was definitely discernible," she said. "It made me think of flossing your teeth so you don’t get gingivitis. You exercise your brain, and you can see the results." The study prompted Kurth to want to return to his own abandoned meditation practice. “This study says it’s basically worthwhile to think about meditation,” he said. Dr. Madhav Goyal told Reuters Health that the new study failed to convince him that he could prescribe meditation as an elixir to prevent brain loss. “There’s still a lot of research that needs to be done,” said Goyal, who practices meditation and studies it as a professor at The Johns Hopkins School of Medicine in Baltimore. The UCLA researchers found insignificant results when they performed the most conservative statistical analysis on their findings, he said. Goyal would have liked the study to compare skill levels between meditators and non-meditators. He also questioned what kind of meditation, and whether it was indeed meditation, the meditators were doing. “Meditation programs differ in how rigorously they teach the activity, a few hours over a few weeks versus 100 hours in a weeklong training,” Goyal said. The new study “adds a little bit more evidence to the idea that the brain has plasticity, and by practicing certain mental activities, such as meditation, we can see structural changes in the brain as a result,” he said.