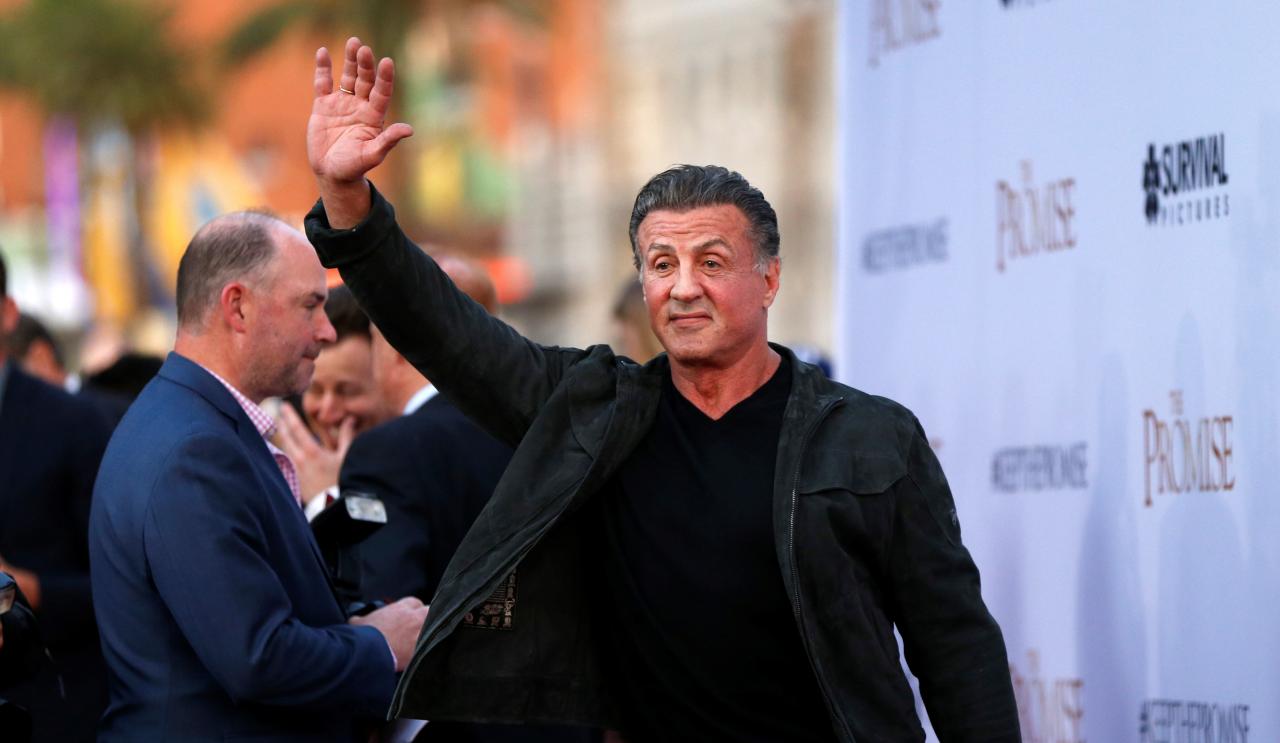 LOS ANGELES (Reuters) - The Los Angeles County District Attorney’s office has decided there is not enough evidence to prosecute “Rocky” actor Sylvester Stallone over allegations that he sexually assaulted a woman in 1987 and 1990, according to an agency document released on Tuesday. The allegations from a woman in Santa Monica, California, also are outside of the statute of limitations, officials said in a charge evaluation worksheet by the district attorney’s office seen by Reuters. The document said the victim, whose name was blacked out, stated that she and Stallone had a consensual relationship in 1987. The complainant’s name has never been publicly released. The victim alleged Stallone then sexually assaulted her in 1987 and 1990 and provided witnesses, the document said. “However, none of the fresh complaint witnesses corroborated victim’s allegations,” the document said. “Additional investigation did not provide any further corroboration.” The complaint was made in November 2017, and Stallone consistently denied the accusations. "Stallone has continually disputed the charges,” Michelle Bega, a representative for Stallone, said on Tuesday. The 72-year-old actor skyrocketed to fame in 1976 with his Oscar-winning boxing movie “Rocky” and went on to become one of Hollywood’s biggest action stars through the “Rambo” and “Rocky” film franchises. California has a complex statute of limitations for criminal prosecutions of sexual abuse but offenses must generally be prosecuted within 10 years. Hollywood has been roiled in the past eight months by accusations of sexual assault against dozens of actors, directors and filmmakers, leading to many major figures being forced to step down or dropped from creative projects.