Lost children are legacy of battle for Iraq's Mosul 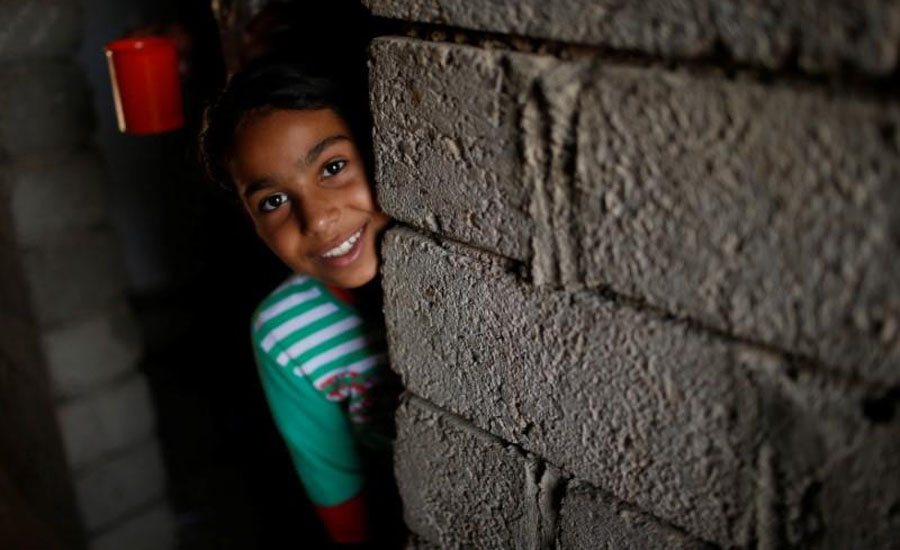 Lost children are legacy of battle for Iraq's Mosul

MOSUL - Thousands of children have been separated from their parents in the nine-month battle for Mosul and the preceding years of Islamic State rule in northern Iraq - some found wandering alone and afraid among the rubble, others joining the refugee exodus from the pulverized city. In some cases their parents have been killed. Families have been split up as they fled street fighting, air strikes or Islamic State repression. Many are traumatised from the horrors they have endured. Protecting the youngsters and reuniting them with their families is an urgent task for humanitarian organisations. "These children are extremely vulnerable," said Mariyampillai Mariyaselvam, a child protection specialist with UNICEF (the United Nations Children's Fund). "Most have gone through a very painful history." Nine-year-old Meriam had left her family one day last October to visit her grandmother in west Mosul, then under Islamic State rule. The government offensive to recapture the city began, so she stayed there. Her father Hassan told Reuters he had been a policeman but quit when the radical Islamists seized Mosul in 2014, fearing he would be targeted. He, his second wife, along with Meriam and her three half-siblings moved from dwelling to dwelling. "We were living in many different places, moving around. Meriam stayed with her grandmother but when the bridges were shut down, I could not cross the river to see her," he said, speaking in the abandoned, half-built house in east Mosul where the family is now squatting. They eventually fled to the Hassan Sham displaced persons camp but Meriam was trapped in the west. After government forces retook the neighbourhood in June, she and her grandmother made it to the Khazer camp. Her father asked UNICEF for help and they managed to track down his daughter. They were reunited in Hassan Sham later that month. "I was hearing bombing and killing every day. I did not believe they would find her," he said. Life is still hard for the family. They left the camp to return to the city with their few possessions, but the house owner wants to evict them. Hassan makes ends meet by finding day jobs. But at least they are together, he said, cuddling his daughter as he spoke. Meriam, a bright-eyed girl with a shy smile, said she would like to go to school. "I have never been to school. I would like to have books, a backpack, and to learn letters. That is my dream," she said. Mosul Surge UNICEF says children in shock had been found in debris or hidden in tunnels in Mosul. Some had lost their families while fleeing to safety but sometimes parents had been forced to abandon children or give them away. Many children were forced to fight or carry out violent acts, it said in a statement. They were also vulnerable to sexual exploitation. UNICEF's Mariyaselvam, speaking to Reuters in Erbil, said the number of children coming out of Mosul had increased in the past few months as the battle reached its climax. He explained the distinction between separated children, who are split from their legal guardians but are with friends or relatives, and unaccompanied children, who are alone and without care or guardians. It was difficult to give an accurate number but child protection agencies have recorded more than 3,000 separated and over 800 unaccompanied children, he said. The latter are the priority. The task of rescuing and identifying them begins in the field, with relief agency teams placed in strategic locations where people are fleeing. Registration points are set up. Mobile child protection teams also visit households. Then UNICEF and its local partners begin tracing the legal guardians or relatives. "Our primary focus is care and protection for them. We try to make sure that they are provided immediate care," he said. In camps, they are usually placed with people on a temporary basis. If parents or other relatives cannot be identified, a legal process begins to put them in care homes with government permission. If all efforts fail, there is a foster programme. From the start, the children need specialised services such as psychological counselling. Some need mental health care. But the Iraqi government lacks sufficient resources or infrastructure to handle the challenge, Mariyaselvam said. Mosul, which served as the capital of Islamic State's self-declared caliphate in Iraq and Syria for three years, provided a particular set of problems. UNICEF and the government followed cases to ensure children were safe from abuse and exploitation once they were back in the community. "The situation we are seeing is that some children are not being accepted by the community because of their affiliation," he said, referring to the children of Islamic State fighters and supporters. Some youngsters were roaming the city streets and some were being used as child labour, he said. Families who had lost their homes or fled could sometimes simply not cope. "It is going to require a lot of time and a lot of resources and specialised services for them to rebuild their lives, including sending them back to school," Mariyaselvam said. And with the war still going on as Islamic State retreats and a government offensive to recapture the IS-held town of Tal Afar expected soon, a new wave of lost children is anticipated. -Reuters