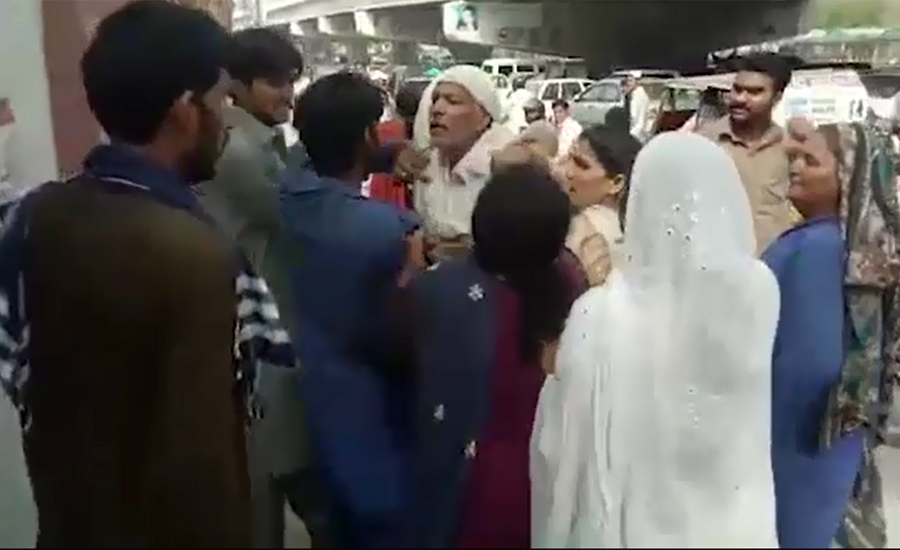 MULTAN (92 News) – Parents of the girl beat up the boy when the couple reached Multan District Court for contracting the marriage on Tuesday. Alishba had eloped with her lover Zeeshan a few days ago. On Tuesday, the couple reached the court to solemnize ‘nikkah’. Scuffle between both families turned the court into a battlefield. The girl, however, managed to escape while girl’s relatives forcibly took away the boy in a rickshaw. Her parents said that they will not return the boy unless their girl is returned. They said that Zeeshan had seduced their daughter. During the scuffle, the policemen deployed outside the court remained a silent spectator. The security officials in court did not intervene during the scuffle and as a result, girl’s relatives managed to kidnap the boy.