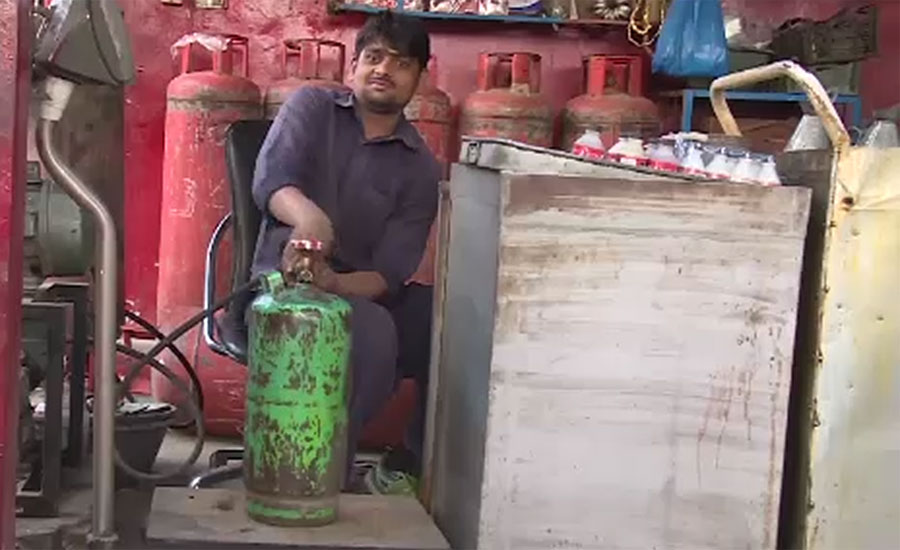 ISLAMABAD (92 News) – The government on Monday jacked up the price of indigenous liquefied petroleum gas (LPG) by Rs12 per kg. According to the notification issued by Oil and Gas Regulatory Authority (OGRA), the LPG prices have been increased by Rs12 per kg.The new price of domestic cylinder would be Rs1468. After the Ogra’s decision, the price of commercial cylinder had gone up by Rs540 per cylinder and would be available at cost of Rs5650 now. It is pertinent to mention here that the LNG prices jacked up in the start of winter. On May 31, the OGRA decreased the local Liquefied Petroleum Gas (LPG) prices by Rs181 per 11.8-kg cylinder for the month of June. According to the notification issued by the OGRA, the authority has decreased the locally produced LPG price by Rs 181 per cylinder of 11.8 kilogram. After the revised prices, the cylinder would be sold in open market at Rs 1,399.39, which was available for Rs 1,580.14 during the month of May. However, per Metric Ton (MT) LPG rate has been fixed at Rs 118,592.36for the month of June. The commodity sale price for per MT was Rs 133,910.89during the month of May.
A day earlier, the OGRA has recommended to increase in the prices of petroleum products ahead of Eidul Fitr.