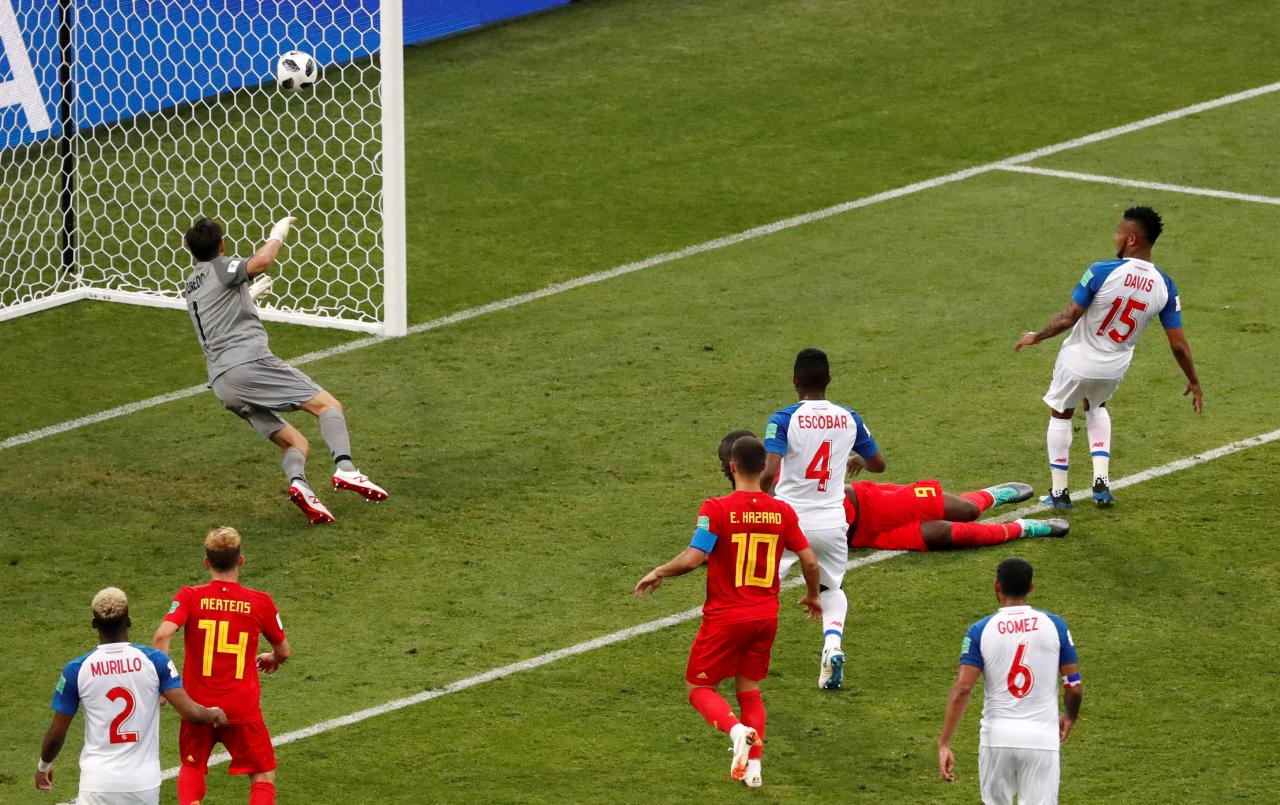 SOCHI, Russia (Reuters) - A stunning volley from Dries Mertens and a Romelu Lukaku double broke the resistance of a brave Panama side on their World Cup debut as Belgium cruised to a 3-0 win in their opening Group G game on Monday. Mertens hammered home a superb volley two minutes into the second half, sending the ball arcing over Jaime Penedo after Panama struggled to clear a cross. Lukaku’s hard work up front was rewarded when he headed home Kevin De Bruyne’s brilliant pass off the outside off his foot to make it 2-0 in the 69th minute and the big striker latched on to an Eden Hazard pass to complete the scoring with a neat finish. The announcement of the first team to represent the Central American nation at the World Cup finals was greeted by an ear-splitting roar from the thousands of flag-waving Panamanian fans dotted in clusters around the Fisht Stadium. The debutants suffered a shaky start as Lukaku went close for Belgium in the opening minute after an incisive pass from De Bruyne set Yannick Carrasco free down the left, but the striker fired wide. Despite being forced to spend much of the game defending, the Panamanians showed strength, speed and trickery when they did break forward, and they created chances of their own in a scoreless first half. Belgium wasted no time in the second period with Mertens opening the scoring two minutes in, and as the underdogs started to chase an equaliser the space opened up. The Belgians showcased an array of clever set-pieces and will be happy with their performance against a physical Panama side ahead of games against Tunisia and England, who meet in Volgograd later on Monday.