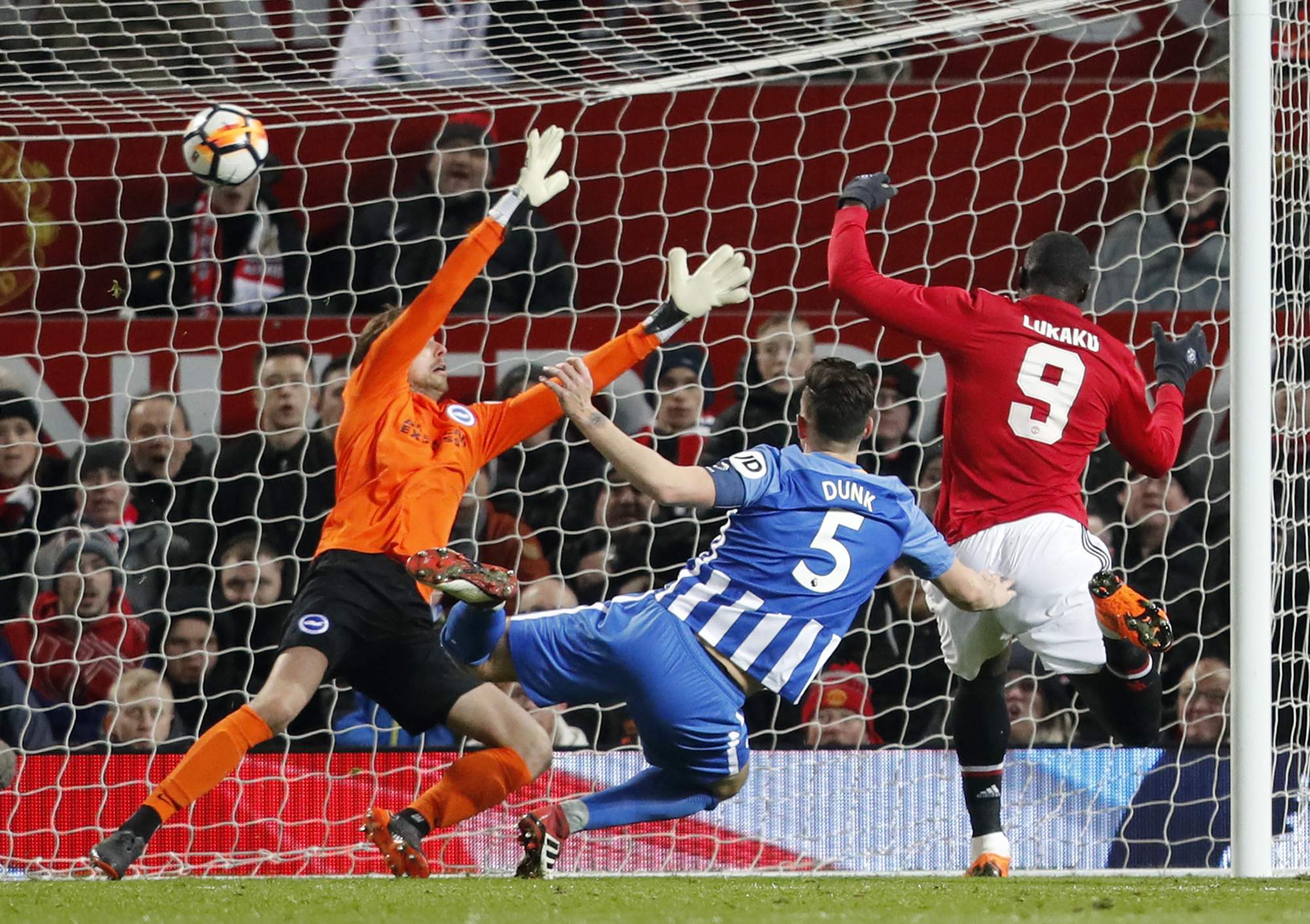 United, looking to make amends after their feeble Champions League defeat by Sevilla, struggled to impose themselves against Brighton before Lukaku broke the deadlock by heading home Matic’s curling, left-foot cross at the far post after 37 minutes.

The goal was Lukaku’s 12th goal in 11 FA Cup games and the Belgian’s 25th of the season in all competitions, including goals in each round of the FA Cup.

But once again, United were unable to build on the opener and lost their way in the second half as a slow tempo and lack of fluency restricted their attacking potency.

Brighton, in contrast, grew more confident as the game went on and dominated possession in the second half to keep United goalkeeper Sergio Romero busy.

Dutch forward Juergen Locadia was twice foiled by Romero and was off-target with a header from a promising Solly March cross.

But Matic calmed the nerves around Old Trafford seven minutes from time when he stole in to nod Ashley Young’s teasing free kick into the net.

“It was difficult for us after the defeat against Sevilla, of course we were very sad after the game. It was important to see a reaction today and we’re through to the next round and we’re happy,” Matic said.

Manager Jose Mourinho’s angry 12-minute monologue on Friday contained little criticism of his players but he was less forgiving after this display.

“Matic was an island of personality, surrounded by not water but lack of class and desire. I have to say that,” said the Portuguese manager.

United, bidding to win the FA Cup for the 13th time, joined Tottenham Hotspur in the last four. Leicester City play Chelsea and third-tier Wigan Athletic face Southampton in the other quarter-finals on Sunday.