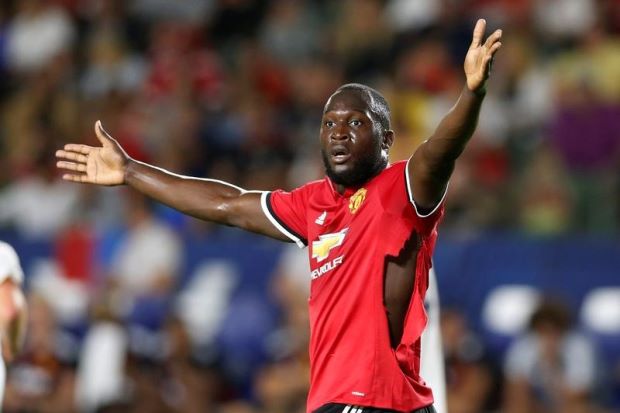 LONDON (Reuters) - New signing Romelu Lukaku got off the mark with the winning goal in his first start for Manchester United on Monday as the English Premier League club came from behind to beat Real Salt Lake 2-1 in a pre-season friendly in Utah.

Lukaku lashed home a left-footed shot in the 38th minute after taking three touches to round a defender and the Salt Lake keeper, providing the first returns on a transfer fee media reports put at just under $100 million.

"I'm delighted with the win for the team," the Belgium international striker, who moved from Everton last week, told MUTV.

"I'm here to score goals and to be sort of the focal point for the team but at Manchester United we play to win, and that's my mentality when I get on the pitch and everything else comes with it."

Henrikh Mkhitaryan had scored United's first goal of the match just before the half hour mark to cancel out Luis Silva's 20th minute opener for the home side.

United manager Jose Mourinho was furious after another of his forwards, Antonio Valencia, was shown a straight red card in the second half for a foul on Sebastian Saucedo and refused the referee's request to substitute the Ecuadorian winger.

"I didn't because I don't agree with the card," the Portuguese said. "Because Saucedo, I think is the name of the boy, he was really aggressive during all of the second-half."

Spanish midfielder Juan Mata was forced off the pitch after a Saucedo challenge and Italian defender Matteo Darmian was also injured during the match.

"Mata has a (swollen) ankle but I hope it is nothing important," Mourinho told reporters.

"A few days, a week, probably. Darmian's problem is not an important one."