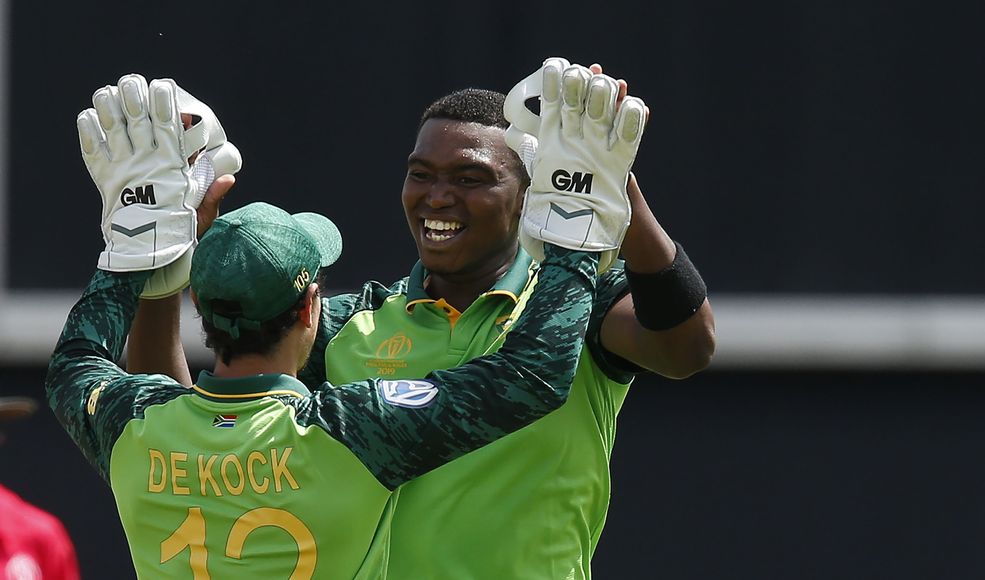 The Proteas’ campaign got off to a slow start, with three defeats in their opening three games and a slew of injuries hampering their progress. Ngidi played just the opening two games, impressing with three wickets against England before suffering a hamstring injury. “It's been tough. Injuries are never nice, but with the support staff that I've had around me it's been pretty good and I've been alright," Ngidi said. "It's just been frustrating not being able to play. “I've just finished a fitness test today and passed that, so I'm match-fit ready. It's 100 per cent. That's how the fitness test goes and if you're not bowling at 100 per cent then you're not ready to play.” With legendary quick Dale Steyn ruled out of the tournament entirely, Ngidi’s return will be even more welcome. South Africa had been forced to field a depleted pace attack, but a win against Afghanistan has finally got them moving, and, despite having only claimed three points from their first five games, retain an outside chance of qualifying for the semi-finals. To do that, they will almost certainly have to win each of their last four games, the first of which is against New Zealand. The Black caps are as yet undefeated at the tournament so far, but Ngidi thinks there could be some weaknesses to be exploited, if South Africa can break through their top three. “I don't think their middle and lower order have been tested enough,” he said. “They have got the of their runs at the top of the order, so if we can get one or two maybe we can test them. I think then you could be looking at a different situation with their batting.”