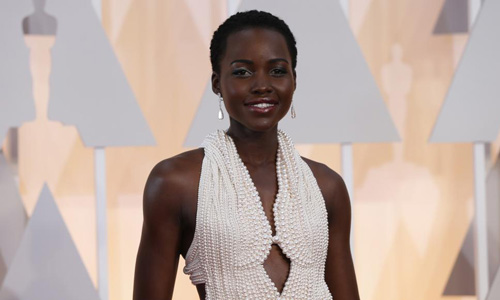 LOS ANGELES (Reuters) - The $150,000 Oscar gown worn by actress Lupita Nyong'o that was stolen two days ago was returned on Friday by the thief, who tipped off celebrity news site TMZ.com after finding out that the pearls on the dress were fake. TMZ said the thief took the Calvin Klein dress from Nyong'o's hotel room on Wednesday after finding the door ajar. The Kenyan actress had worn the dress adorned with 6,000 pearls to Sunday's Academy Awards in one of the most commented looks of the night. The thief and others removed two pearls from the dress and took them to the Garment District in downtown Los Angeles where they were told they were not real, according to TMZ. The thief then took the dress back to the London West Hollywood hotel and told TMZ it was in a garment bag inside a trash bag in a bathroom. TMZ then tipped off the Los Angeles County Sheriff's Department in West Hollywood, which was investigating the theft. The website shows grainy footage of an unidentified person opening the bag and finding a white dress. The Sheriff's Department confirmed a white pearl dress had been recovered at the London hotel Friday and said it would release more details later.