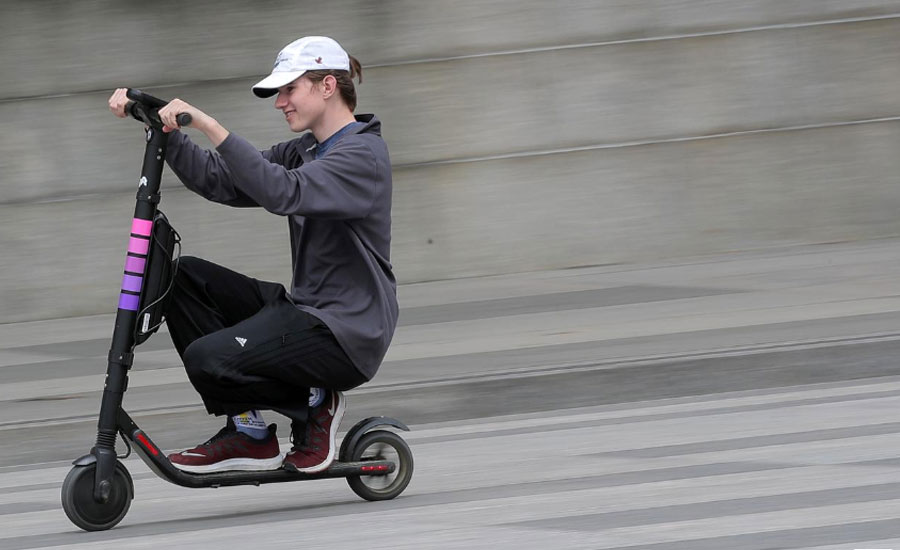 (Reuters) - A quarter of Lyft Inc LYFT.N customers who use its bikes and scooters are new to the company, executives said on Wednesday, outlining how investments in the expensive growth area may eventually benefit the core ride-hailing business. Bike and scooters have multiplied around big US cities and ride-hailing services see them as a growth opportunity. Rival Uber Technologies Inc has bought JUMP; other brands include Lime and Bird. Lyft, which posted mostly upbeat second-quarter results on Wednesday in which revenue jumped 72%, said its costs more than doubled partly due to its increased investments in its network of shared bikes and scooters. Before its initial public offering in March, Lyft disclosed that it had not generated any revenue from that network for 2016 and 2017, while revenue from the segment in 2018 “was not material.” With 25% of people using the bikes and scooters being new to the Lyft ecosystem, according to co-founder John Zimmer, the company could tap a new stream of users for its maturing ride-hailing segment. First, it must get through an annual seasonal issue: winter. “People don’t like to use scooters in snow” as much as they like ride-hailing, Chief Financial Officer Brian Roberts said on a conference call with analysts. For the fourth quarter of 2019, Lyft expects its contribution margin - which strips out many costs from revenue, including stock-based compensation - to decline 1 point to 49%, given seasonal trends, especially with bikes and scooters. The company bought Citi Bike operator Motivate last year in a move to fend off competition from Uber’s purchase of electric cycle-sharing startup JUMP Bikes months before. Earlier, California-based bicycle sharing service Lime said it will launch a fleet of dock-free electric scooters in Paris starting June 22. The dockless bike-sharing schemes allow riders who sign up on their smartphones to rent bikes using an app that helps them locate cycles left by previous users. The Lime-S will cost Parisians a minimum 1 euro to begin a ride. In December last year, Lime said it was expanding into the European market by introducing services in Frankfurt and Zurich. Paris has been a test bed for new mobility solutions in the past few years, with several foreign players, including Chinese bike share operators, launching services in the French capital.