Lyon rewarded as England dismissed for 302 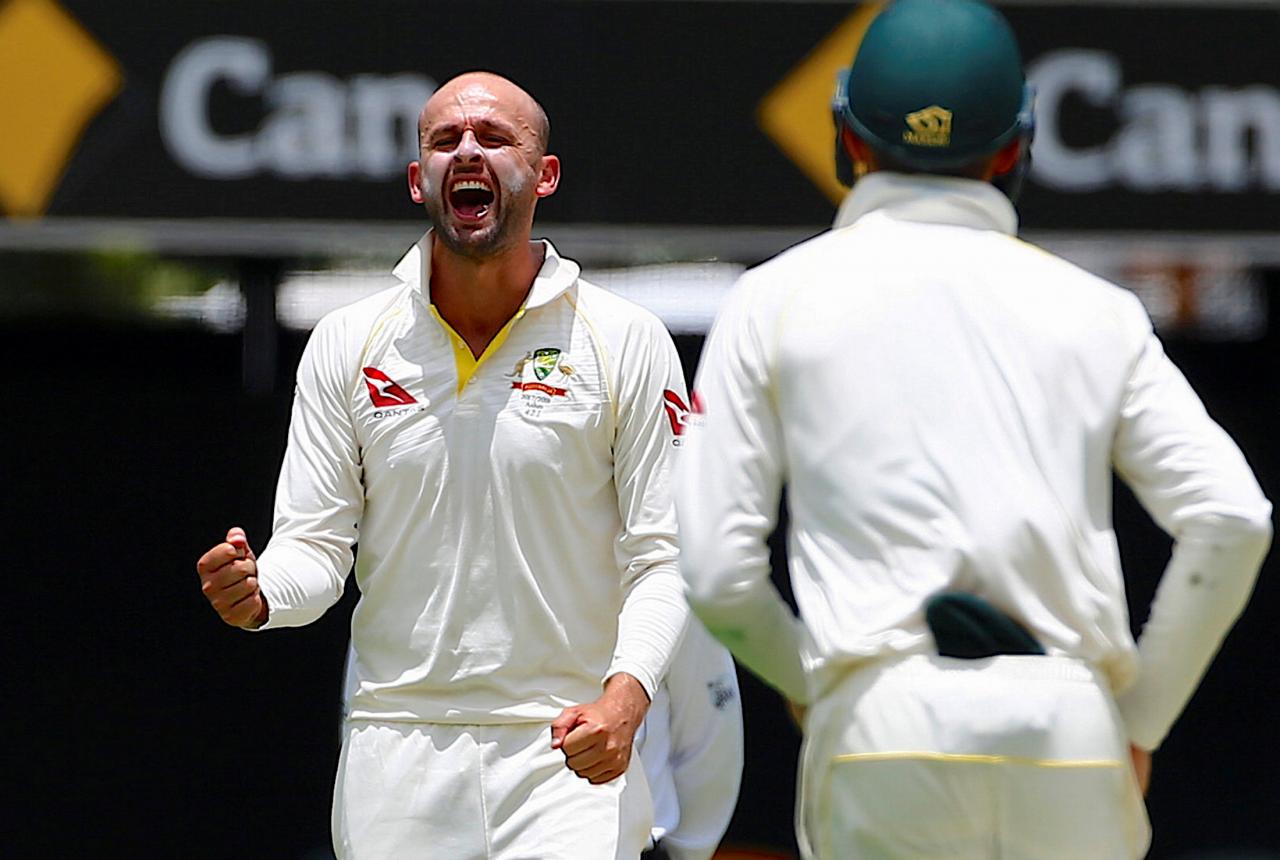 Lyon rewarded as England dismissed for 302

BRISBANE (Reuters) - Australia spinner Nathan Lyon finally got his reward for some fine bowling with two wickets as England suffered a middle order collapse to be dismissed for 302 and bring lunch on day two of the series-opening Ashes test in Brisbane on Friday. Having moved to 246 for four, England lost their last six wickets for 56 runs at the Gabba. Lyon missed out on a wicket on day one but the offspinner trapped Moeen Ali lbw for 38 and bowled Chris Woakes for a duck in quick succession in Friday’s extended morning session. Pat Cummins had Jonny Bairstow caught for nine by fellow wicketkeeper Tim Paine when skying a pull shot, before paceman Mitchell Starc removed Jake Ball for 14 with David Warner taking a brilliant catch at leg gully. Shaun Marsh dropped a Stuart Broad slog in the deep when the batsman was on 10 but the England paceman was out for 20 when he pulled Josh Hazlewood to Peter Handscomb, bringing an end to England’s innings. James Anderson was left five not out, with Starc capturing 3-77 and Cummins 3-85. Australia suffered an injury scare when Starc left the field after clattering into Marsh in a fielding mishap but the pace spearhead returned to have Dawid Malan miscue a pull shot to be caught for 56. The wicket broke a stubborn 83-run partnership between the rookie batsman and Moeen, and triggered England’s collapse after the pair had comfortably fended off Australia’s attack early on. England had resumed on 196 for four, and Malan raised his third test half-century in his sixth test, becoming the third of the touring side’s rookie batsmen to score a 50 on their Ashes debut after opener Mark Stoneman’s 53 on day one and number three James Vince’s 83. Malan took to Starc with a couple of superb hook shots but was out during the paceman’s next over attempting another, and Marsh took the catch at backward square leg. Seven balls later, Lyon trapped Mooen in front with a fine delivery that pitched at middle and leg, and straightened sharply. Moeen reviewed the decision but the technology showed the ball hitting the top of middle stump. A panicking Woakes was out for a four-ball duck in Lyon’s next over, attempting to slog the offspinner through the covers. It was just reward for Lyon, who was denied a wicket on day one when wicketkeeper Paine grassed a nick behind by Vince.