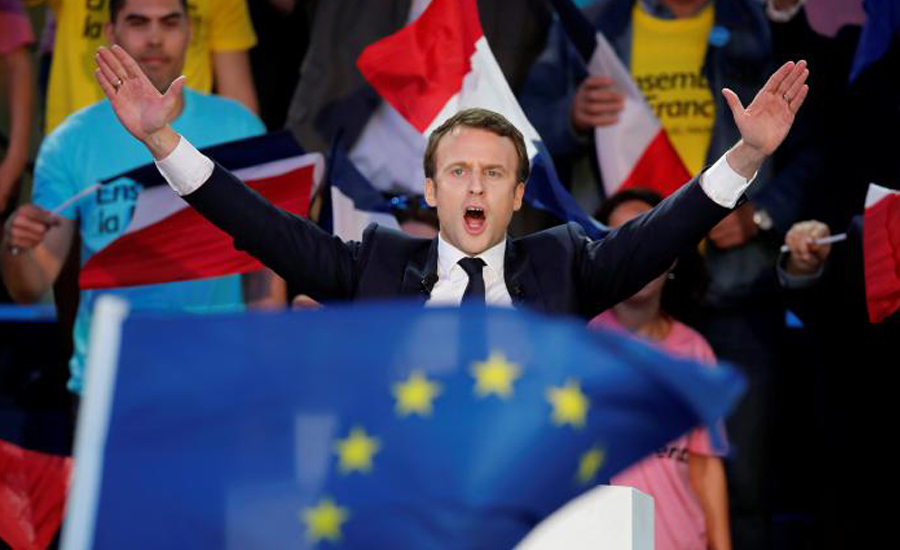 PARIS - Independent centrist French presidential candidate Emmanuel Macron extended his lead in the polls over his far-right rival Marine Le Pen on Friday, the final day of a tumultuous election campaign that has turned the country's politics upside down.

The election is seen as the most important in France for decades with two diametrically opposed views of Europe and France's place in the world at stake.

The National Front's Le Pen would close borders and quit the euro currency, while Macron, who has never held elected office, wants closer European cooperation and an open economy.

According to an Elabe poll for BFM TV and L'Express, Macron will get 62 percent of the votes in the second round compared to 38 percent for Le Pen, an increase of three points for the centrist candidate compared to his projected score in the last Elabe poll.

The showing is Macron's best in a voting survey by a major polling organisation since nine other candidates were eliminated in the first round on April 23.

The survey was carried out after a rancorous final televised debate between the two contenders on Wednesday, which Macron was seen as having won by French viewers, according to two recent polls.

A separate poll by Odoxa said a quarter of the French electorate was likely to abstain in Sunday's vote, many of them left-wing voters disappointed after their candidates missed reaching the runoff.

The projected abstention rate would be the second-worst for a presidential election runoff since 1965, underscoring the disillusionment of many voters at the choice they now face.

The turnout rate for the first round of the election was close to 78 percent, according to the interior ministry.

The poll for Franceinfo radio showed 69 percent of abstaining voters will do so reluctantly, refusing to choose between Macron and Le Pen. Many voted for the more leftist candidates eliminated in the first round.

A third of the supporters of defeated far-left firebrand Jean-Luc Melenchon, who placed fourth in the first round, said they were evenly opposed to Macron and Le Pen, according to the poll.

It also showed that voters found Macron more convincing than Le Pen in Wednesday's televised debate, confirming the general impression conveyed in earlier polls and reinforcing Macron's status as the favourite to win on Sunday. -Reuters