Harry Markopolos claimed that GE was hiding an accounting scandal, sending its shares tumbling. In a 175-page report, he accused GE of concealing $38.1bn in potential losses and alleged the company's cash situation was far worse than disclosed. GE called it "meritless, misguided and self-serving speculation". His analysis of GE's financial position claims: "The $38bn in accounting fraud amounts to over 40% of GE's market capitalization, making it far more serious than either the Enron or WorldCom accounting frauds." 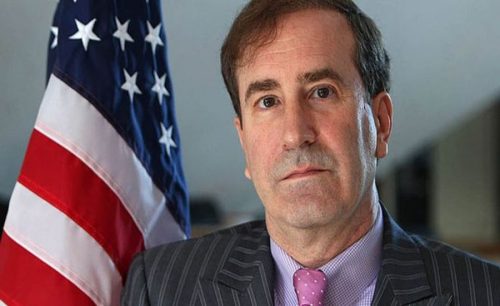 The report highlights the conglomerate's exposure to long-term care insurance in the US and its oil industry services business. Mr Markopolos's referencing of two of corporate America's most notorious frauds was seen as particularly serious, as both led to criminal prosecutions. GE's share price fell 15% on Thursday following news of the report and an appearance by Mr Markopolos on the CNBC television network. He disclosed that he had given an advance copy of his report to an unnamed hedge fund, and would receive a percentage of the profits from any share price movement. Some analysts dismissed the report, with John Hempton, co-founder of the Bronte Capital hedge fund calling it "silly". However, Reuters noted that there are Wall Street analysts who have long been concerned about GE's low cash flow, charges and asset writedowns, and alleged opaque financial reports. In the past two years GE has announced more than $40bn in writedowns and accounting charges. The company has also disclosed that its accounting is being investigated by the Securities and Exchange Commission and the Department of Justice.

GE chief executive Larry Culp told reporters in the US that Mr Markopolos' report contained factual errors and constituted "market manipulation - pure and simple", because the investigator stood to profit from short-selling tied to its release. Earlier, GE issued a robust response to Mr Markopolos: "We remain focused on running our business every day and... will not be distracted by this type of meritless, misguided and self-serving speculation." The company said it "stands behind its financials" and operates to the "highest-level of integrity" in its financial reporting. "Mr Markopolos openly acknowledges that he is compensated by unnamed hedge funds. Such funds are financially motivated to attempt to generate short selling in a company's stock to create unnecessary volatility." He is best known for alerting regulators in the early 2000s to signs that money manager Bernard Madoff's investment firm was a Ponzi scheme, a deception in which unusually high returns for early investors are generated with money from later investors. Madoff was arrested in 2008 and later sentenced to 150 years in prison for the fraud. SOURCE: BBC NEWS