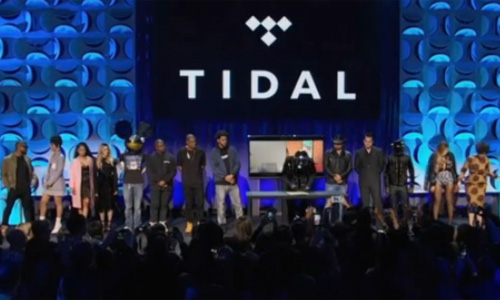 NEW YORK – Some of the world's biggest names in music including Beyonce, Cold Play's Chris Martin and Rihanna are backing Jay Z's new global streaming music service Tidal, which launched on Monday, and is billing itself as the first of its kind owned by artists. Co-owners Kanye West, Daft Punk, Alicia Keys, Madonna and other musicians were in New York on Monday to sign a declaration of a "whole new era." Still, Tidal is entering a crowded space, with stiff competition from Spotify, Pandora Media Inc and Clear Channel's I Heart Radio. But Jay Z's deep music ties could help distinguish Tidal from its rivals. Musicians complain they are not being properly compensated for digital music rights. Additionally, music downloads have been shrinking as streaming services boom in popularity. The Beatles' Ringo Starr addressed the issue with Reuters TV on Monday: "All I ever hear is that your record has been streamed 17 million times and they give you a check for 12 bucks. I don't understand that." –Reuters